Thanks To You, A New Future Beckons For Angela, Bellone, Louga And Saïda...

Do you remember the four lions rescued from a circus in France?

The big top is no place for a lion, forced to perform demeaning tricks while music blares and lights flash. No wonder Angela, Bellone, Louga and Saïda seem so content at their tranquil temporary home with our Tonga Terre d’Accueil friends in Lyon, France.

But, this is just the beginning of their journey and, as soon as possible, the four will move to our big cat sanctuary at Shamwari Private Game Reserve, South Africa. “With COVID-19 restrictions beginning to lift, we can start to plan taking Angela, Bellone, Louga and Saïda to their new home,” explains Maggie Balaskas, our acting Head of Rescue & Care. “We have reapplied for final documentation – which had mostly expired due to unforeseen delays – and are now reviewing all the logistical components for the lions’ life-changing journey.”

Exciting times! Meanwhile, 16-year-old Bellone and Angela, Louga and Saïda – all aged 12 – wait patiently in the care of the Tonga Terre d’Accueil team, unaware of the impacts the pandemic has had across the world and our plans to take them ‘home’.

After a long winter and cold spring, they are clearly flourishing in the warmer temperatures. Although they like to laze in the shade on sunny days, the four are becoming more active and playful. Perhaps due to the absence of rain!

Feisty Saïda or Louga – the only male – usually instigate play, pestering Angela and Bellone to join in. But recently, dignified Bellone has been the one to insist Angela plays, pawing her tail or gently patting her as she walks past, in the hope of a reaction. Being an amicable soul, Angela happily responds, chasing Bellone or rolling around in a playful wrestle, before collapsing in a heap together to doze off in the sun.

Like us, do you believe every single lion deserves a life free from exploitation? If you’d like to help Born Free look after these remarkable lions, there’s still time to support our appeal to give them a new home and loving care for life:

Meanwhile, after years of campaigning, we are delighted France has announced an intention to ban wild animal circuses. Our work continues to persuade every country to do the same. 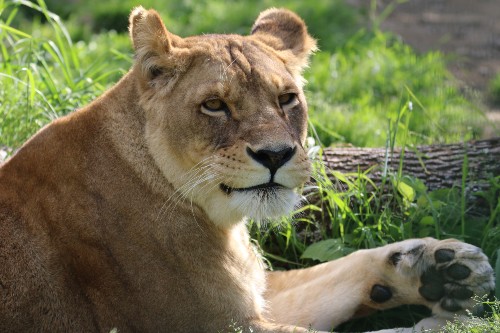 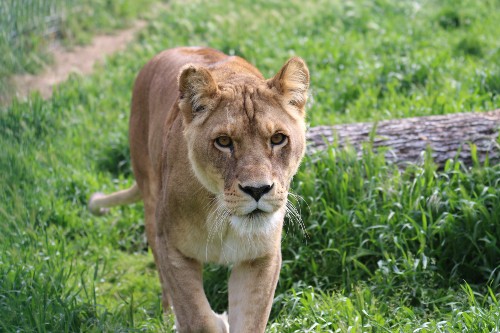 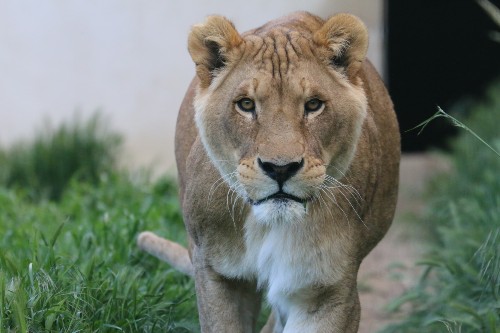 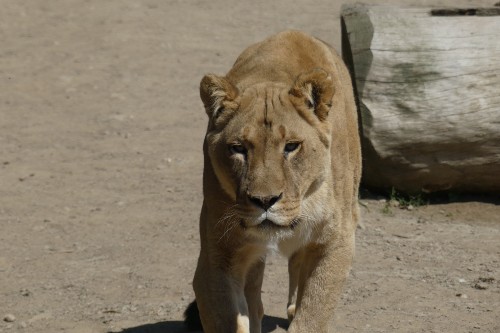