Born Free has welcomed an announcement by the Government to amend the Police Crime, Sentencing and Courts Bill which set out measures to strengthen law enforcement for hare coursing.

The new measures will introduce new criminal offences for hare coursers, which could result in unlimited fines or the possibility of a six month prison sentence and create new powers for the courts to disqualify convicted offenders from owning or keeping dogs, including an order to reimburse the costs incurred when dogs are seized in kennels.

Responding to the new measures Dominic Dyer British Wildlife Advocate at Born Free said: "Hare coursing is a terribly cruel blood sport that results in hares being chased and killed by dogs as well as criminal damage and often threatening violence and intimidation against farmers, landowners and members of the public.

“The Government is right to crack down on this illegal activity, but it needs to go further when it comes to protecting hares by also strengthening the Hunting Act to prevent the illegal killing of hares by packs of dogs and by introducing a closed season for the shooting of hares in England, to prevent them being killed during their breeding season.

“More than 300,000 hares are shot for sport in England each year and most of these are killed in February when many female hares may be pregnant or nursing their young.

“Brown hares are listed as a "priority species" under the UK biodiversity action plan but their numbers continue to decline. Hares need greater protection from hare coursing, hunting with dogs and from shooting, if there numbers are to recover". 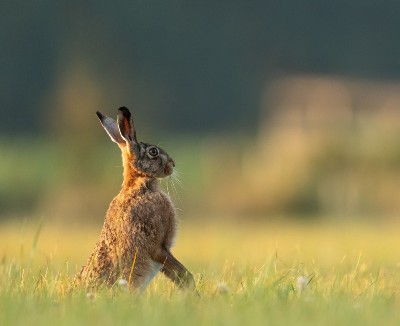