BADGERS NOT TO BLAME FOR MOST BOVINE TB CASES, SAYS GOVERNMENT-SPONSORED REPORT

A Government-sponsored review of its policy of controlling bovine TB in cattle, conducted by Oxford University Professor Sir Charles Godfray, has concluded that it is wrong to over-emphasise the role of wildlife in the spread of the disease.

Under the policy, around 35,000 badgers, which the Government and some in the farming community blame for spreading bovine TB to cattle, had been killed by the end of 2017. The licenses issued for 2018 authorised cull companies to kill between 25,000 and 41,000 additional badgers across more than 30 licenced zones in England.

While Professor Godfray suggests that culling badgers can have a ‘modest impact’, his review emphasises limitations in the current cattle testing regime, the poor take-up of on-farm biosecurity measures to reduce the spread of bovine TB on farms, and the lack of adequate trading restrictions to prevent potentially infected cattle spreading the infection within or between cattle herds, as major factors limiting the effectiveness of the current policy.

Born Free’s Head of Policy, Dr Mark Jones, who is also a veterinarian, said: “Professor Godfray's report appears to recognise the overwhelming need for Government to stop focusing on badgers, and acknowledges that the solutions to bovine TB lie in improving cattle measures. However, the claim in the report that culling will help lower the incidence of the disease in cattle, even in a modest way, is just plain wrong, given that six years into licenced badger culls, the Government has failed to provide a shred of evidence to demonstrate any impact whatsoever.”

Close to 4,000 badgers have been killed in the original two cull zones in Gloucestershire and Somerset since 2013, yet data from these zones suggest that far from reducing infection in cattle, the infection remains just as prevalent as it was when culling started, and the number of new cases in cattle is actually rising. In spite of this, the Government continues to roll this inhumane and unjustified policy to more and more new areas, putting the future survival of badgers at risk across huge swathes of the country.

The Godfray report suggests that the standard cattle skin test picks up roughly 8 in 10 infected cattle, whereas the true figure, according to published research, is probably as few as 5 in 10. This is a critical issue, because when farmers who have experienced a TB breakdown in their herds are told their cattle are clear, there is a high chance of undetected infection remaining in the herd, which can then be responsible for future outbreaks on the same farm, or other farms to which infected cattle have been moved. Badgers are being wrongly blamed for many of these outbreaks.

Dr Jones continued: “Badgers are being blamed for spreading an infection for which they are not responsible, and are suffering and dying in huge numbers as a consequence. The impacts on the individual animals, their families and societies, and the wider ecology, simply aren’t being accounted for. DEFRA’s badger culling policy is failing to control infection in cattle and giving farmers false hope, while causing irreparable harm to our wildlife and dividing our communities. This pointless and damaging wholesale slaughter must stop, and the Government, veterinary and farming industries must take responsibility for dealing with what is, after all, a problem of industry’s own making.”

Born Free continues to oppose the culling of badgers, and instead promotes progressive, evidence-based solutions to the problem of bovine TB in cattle. 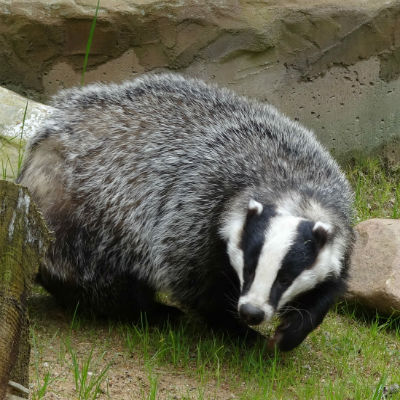