GCF undertook extensive surveys of the Gadabedji Biosphere Reserve to make sure it was a suitable habitat for the giraffe. After thorough planning, eight giraffe were safely captured in the ‘Giraffe Zone’ and were transferred to a holding pen. After weeks of preparing the animals for the journey, the giraffes were transported over 800kms to their new home where they were successfully released. Here, they are free to thrive in a healthy and well-managed ecosystem.

Dr Liz Greengrass, Born Free’s Head of Conservation, said: “The re-introduction of West African giraffes into the Gadabedji Biosphere Reserve is a culmination of many years of hard work by GCF and its partners, including Born Free, to conserve this species and establish a second viable and well-protected population.”

The re-introduction of the West African giraffe will further enrich the Gadabedji Biosphere Reserve biodiversity and contribute to increasing community development and support in the region. 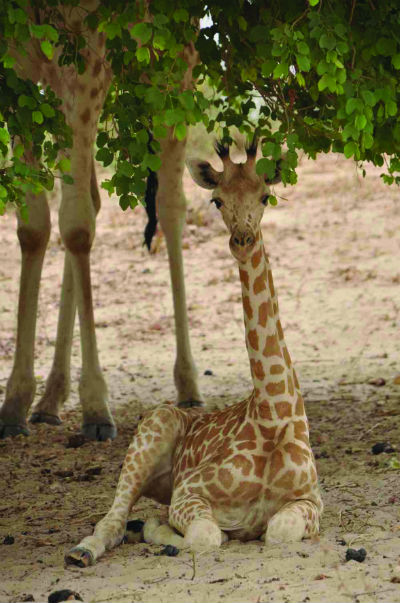