Going Bats for Wildlife challenge has raised £30,700 for Born Free. 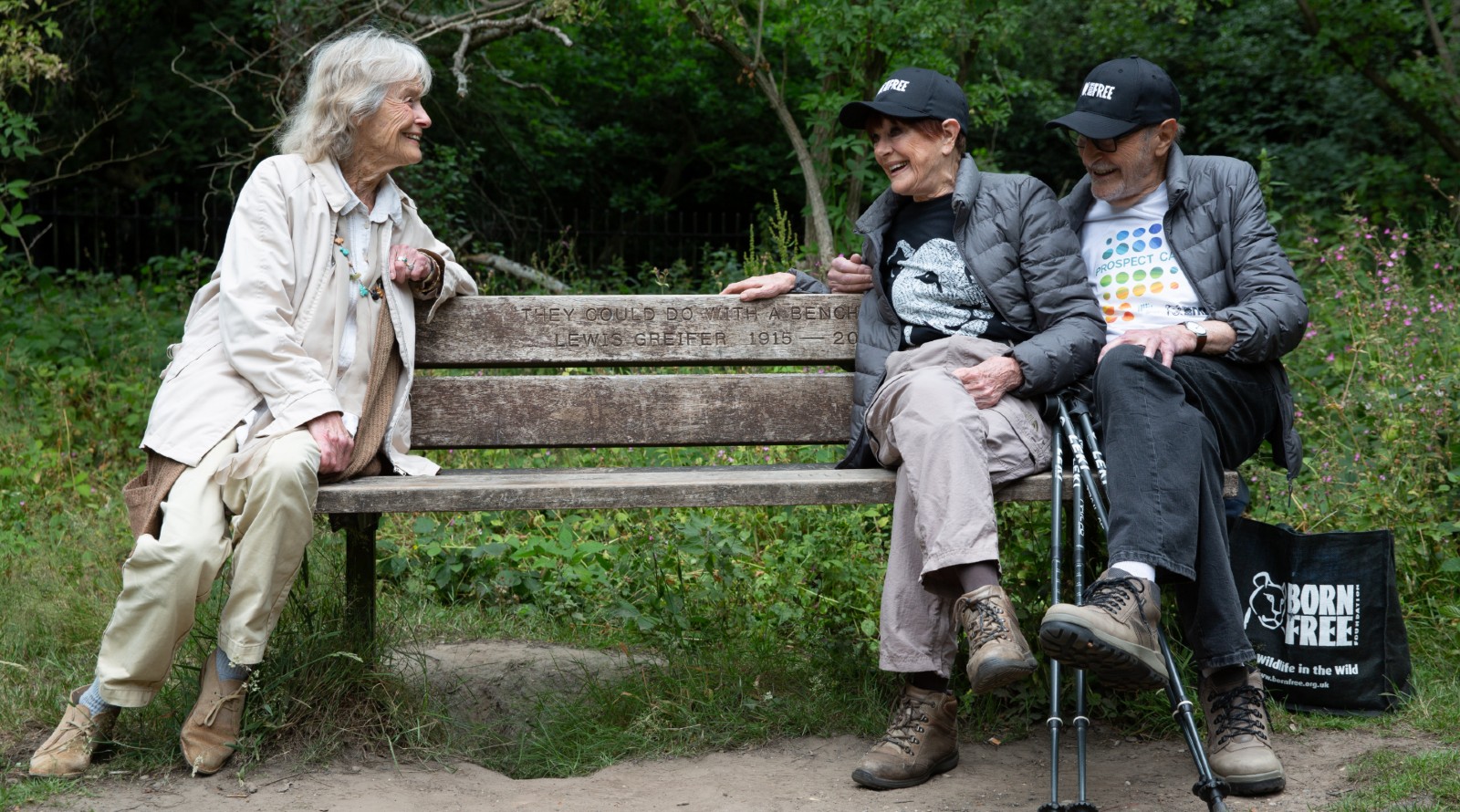 A couple in their 90s who raised over £30k (when including Gift Aid) for Born Free’s campaign to shut down global wildlife markets were greeted by Virginia McKenna OBE and guests on the last day of their walking challenge.

Animal lovers Angela and Martin Humphery, from London, have walked over 180km during their two month lockdown challenge, completing a daily 3km route around Hampstead Heath. On the day of their final fundraising walk, they were met by special guests including Born Free Co-Founder and Trustee Virginia McKenna OBE, Born Free Co-Founder and Executive President Will Travers OBE, young Born Free supporter Hector Bateman-Harden, and local wildlife artist David Margulies, who donated an original artwork to the charity to be auctioned at a later date.

Incensed by the commercial trade in live wild animals, particularly in light of
covid-19, and inspired by the fundraising success of Captain Sir Tom Moore, Angela and Martin were determined to take positive action. Their Going Bats for Wildlife challenge, which started in May, received support from wildlife advocate Ricky Gervais, who filmed a special message for social media.

Virginia McKenna, who joined Angela and Martin for the final part of the walk, presented the couple with a special print of Elsa, the lioness synonymous with all things Born Free, as well as a Virginia McKenna Rose, in thanks for their efforts. She said: “It is difficult to find words that do justice to the amazing success of Martin and Angela’s walk for wildlife. Being with them on the final day of their ‘marathon’, I had a glimpse of the challenge they had set themselves, and how they triumphed. Their loyalty, and determination to support our campaign against the suffering of the animals in the terrible wildlife markets, is something I will never forget.”

After successfully completing the final walk, Angela said: “Thank you to all who have generously donated, including our sponsors Prospect Capital. We were especially delighted to have been joined by the Queen of Lions, Virginia McKenna, who came all the way from Surrey with her son Will Travers to support us on our very last walk. Martin and I are passionate about the plight of wildlife and closing wildlife markets, especially now, when they are believed to have caused this horrendous pandemic which has affected us all.”

Will Travers said: “The funds raised by Angela and Martin will directly help our campaign to end wildlife markets, not only for the immense and intolerable suffering they inflict but because of the health risk they pose. Sellers will always try to sell you something but if our campaign can dissuade people from buying wild animal products that will be the end of it!” 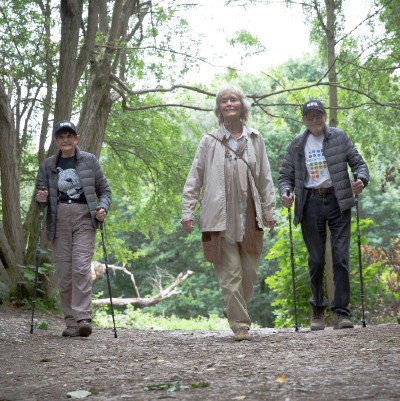