Born Free welcomes the Government’s announcement of the world’s first clinical field trials of a bovine TB cattle vaccine. Launched on a cattle farm in Hertfordshire, if successful the trials will be expanded to more farms in England and Wales over coming months.

The trials aim to provide farmers with an effective way of vaccinating their cattle against bovine TB, preventing the need to slaughter cows which become infected with the disease. This, in turn, will help prevent the spread of bovine TB from cattle to badgers – the key justification for the hugely controversial badger culling policy. A skin test, which will accompany the cattle vaccine roll out, also represents a major scientific breakthrough, as it will enable vets to differentiate between cattle vaccinated against TB and cattle which have become infected with the disease.

Bovine TB is a major problem for the livestock farming industry and has a significant economic and social impact on farmers across England. 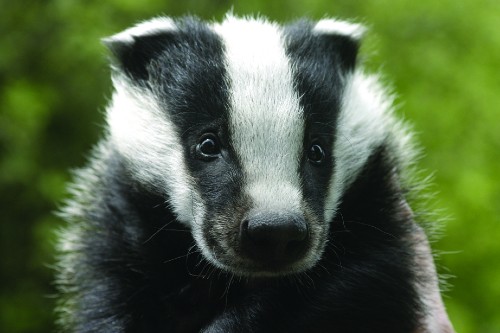 However, for too long the Government have focused their attention on blaming badgers for the spread of the disease rather than dealing with the key source of infection – which is cattle to cattle transmission.

This has resulted in over 140,000 badgers being killed under cull licences since 2013 at an estimated public cost of over £70 million. Despite the huge cost and cruelty of the badger cull policy, the Government has provided no reliable scientific evidence to prove badger culling is making a significant contribution to lowering bovine TB in cattle in or around the cull zones, which now stretch from Cornwall to Cumbria.

Responding to the announcement of the cattle vaccination trial Dominic Dyer, British Wildlife Advocate at Born Free, said: “As a result of the COVID-19 pandemic, the Government have realised the most effective way of stopping the spread of an infectious disease in humans is by rigorous testing, track and tracing of disease carriers, movement controls and vaccination. This is also applies to animal diseases such as bovine TB in cattle.

“Just like COVID-19 in humans, bovine TB in cattle can be effectively controlled by better testing, movement and bio security controls and vaccination of both cattle and badgers. The BCG cattle vaccine field trials and a skin test to differentiate between vaccinated cattle and those that carry TB, is hugely important in finding a more effective way to control this disease within the cattle industry.

“Despite a government commitment to phase out badger culling, the killing of this protected species could continue until 2025. By which time over 280,000 badgers could be killed, pushing badgers to the verge of local extinction in areas of the country which they have inhabited since the Ice Age.

“We now call on the Government to follow the example of Wales and halt any further culling of badgers and focus scientific expertise and public funds on disease control in cattle, with vaccination as a central part of the strategy. This is better for farmers, taxpayers and the future of our precious wildlife.”