A number of prominent vets and other experts have challenged the Government over its badger culling policy, and the veterinary bodies that support it.

In an open letter to Farming Minister George Eustice, which was featured in an article in the Observer on 21st October, Born Free’s Dr Mark Jones joined several other leading vets and representatives of wildlife and animal welfare groups, to demand a retraction of the Minister’s suggestion that the data on bovine TB rates in cattle from the first four years of badger culling in the two ‘pilot zones’ in Gloucestershire and Somerset supported the wider roll-out of the controversial policy.

The experts examined data published by the Government, and found that there had been no change in the level of disease across cattle herds in the two cull zones from 2013-2016, despite the killing of more than 3,600 badgers in the two zones during this time. Mr Eustice has been widely reported claiming that the data supports the extension of the policy, under which around 35,000 badgers had been killed by the end of 2017.

The experts concluded: “When ministerial statements are used as justification for the slaughter of badgers on an industrial scale across swathes of England, it is vital that they are accurate and reflect the best available veterinary and scientific advice… We respectfully request that Mr Eustice withdraw his inaccurate statement and that, having consulted Mr Gove and Defra’s Chief Vet, he issue a corrected statement which accurately reflects bTB prevalence in cattle after four years of badger culling in Gloucestershire and Somerset… the only option for any responsible Government is to abandon the [badger culling] policy immediately.”

In addition, Dr Jones led a group of 20 veterinary professionals, including former Government vets, in criticising the British Veterinary Association and the Chief Veterinary Officer’s support for the badger culls, in the light of ongoing animal welfare concerns. In their open letter, which was published in the Veterinary Record on 19th October, the group highlighted ongoing concerns about the behaviour of culling contractors, and the extremely low level of independent oversight and monitoring of their activities. The letter highlighted video evidence that emerged from Cumbria of a trapped badger that appeared to take around a minute to die after being shot by a contractor, and concerns relating to the accuracy of ‘controlled shooting’ (targeting free roaming badgers at night using rifles). ‘Controlled shooting’ and trapping and shooting are the two killing methods allowed under culling licenses; around 60% of badgers that have been killed to date have been targeted using ‘controlled shooting’ the remainder haing been trapped.

Dr Jones remarked: “The British Veterinary Association rejected ‘controlled shooting’ because of animal welfare concerns, yet it continues to support the issuing of culling licenses which allow the method to be used. It also promotes trapping and shooting, while providing no clear evidence for its humaneness. This is not a tenable position for an organisation that claims to have animal welfare as its core remit to take. The veterinary profession has no business supporting this licensed mass killing with all its inherent negative welfare and biosecurity implications, and for which the disease control benefits are, at best, extremely uncertain.”

In 2018, badger culling has been ongoing across 31 licensed zones. If contractors hit their maximum target numbers, more than 40,000 additional badgers could be killed by the end of this year, and badgers could disappear across large swathes of England where they have been resident since the ice age.

Born Free continues to oppose the culling of badgers, and instead promotes the adoption of more effective and humane methods of controlling the spread of bovine tuberculosis in cattle. 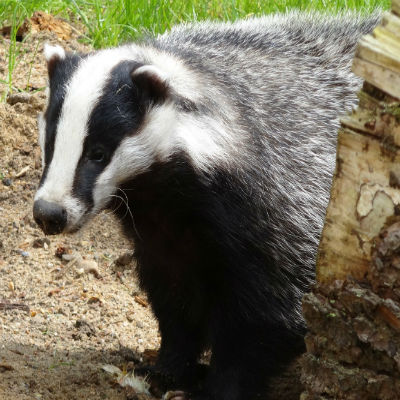