WILL NEW GUIDANCE BE ENOUGH TO CURB EU IVORY TRADE?

Born Free welcomes the European Commission’s new guidance on ivory trade, published this week, but calls for its strict and consistent implementation and enforcement if it is to help curb the damaging demand for elephant ivory that has devastated elephant populations across Africa over recent decades.

Responding to the publication of the guidance and regulatory changes, the charity’s Head of Policy Dr Mark Jones said: “Born Free, alongside our partner organisations, has been working with the Commission and Member States for years to bring an end to the trade in ivory to, from and within the EU.

"The existing rules are weak, over-complex and create significant enforcement challenges. We therefore welcome the Commission’s regulatory amendments and guidance, while recognising there are still gaps in the new system.”

The Commission’s guidance document provides a number of recommendations to EU Member States, including: 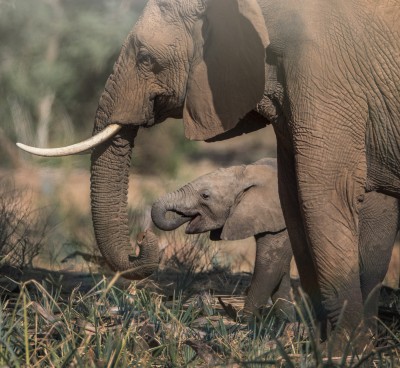 The Commission has also amended the EU’s Wildlife Trade Regulations making it a requirement that trade in pre-1947 ivory items within the EU must be accompanied by a certificate, confirming the provenance and legal acquisition of the item.

While broadly welcoming the new measures, Born Free’s overarching concern is that most of the amendments made to the EU regime governing the trade in ivory have been published as guidance and are therefore not legally binding on Member States. The new rules are also restricted to elephant ivory, leading to concerns that traders may switch to ivory from other species such as hippos, walruses and warthogs, and that items containing elephant ivory might be disguised as being from other species.

Dr Jones continued: “As far back as 2017, an overwhelming majority of the 90,000 responses to a public consultation called for a comprehensive ban on ivory trade in the EU. The new guidance is a step forward but falls short of a comprehensive ban. It is also unclear exactly what kind of worked items will be classed as having ‘high cultural, artistic or historical importance’ and will therefore be eligible for exemptions. The Commission now has the responsibility to monitor and facilitate the strict and consistent implementation of the new rules and guidance as a matter of urgency, so as to avoid any confusion among regulatory and enforcement authorities in EU Member States and the wider public.”

Born Free will continue to work with its partners in Europe to achieve a comprehensive and legally binding ban on ivory trade to, from and within the EU, as part of global efforts to protect the world’s remaining elephants against the scourge of poaching, and to extend the restrictions to ivory from other species.