Born Free is delighted by today’s news that the UK government looks set to ban the use of wild animals in travelling circuses in England, and has introduced a Bill that should make this a reality by January 2020.

Born Free is wholly opposed to the use of wild animals in circuses and considers the practice to be unethical. It has been calling for a ban for many years.

“After years of waiting for this issue to be resolved, Born Free is delighted that Defra Secretary Michael Gove will now bring this Bill forward,” said Dr Chris Draper, Born Free’s Head of Animal Welfare & Captivity.

“The use of wild animals in travelling circuses is outdated and unpopular, and this legislation will bring England into line with a long and increasing list of countries which have banned this practice. Born Free and its supporters have campaigned for a long time for this outcome and we look forward to the swift progress of the Bill through Parliament,” Dr Draper added.

The Wild Animals in Circuses Bill will ban circus operators in England from using wild animals as part of a travelling circus. Scotland has already introduced a ban on wild animals, and Wales has proposed a ban. 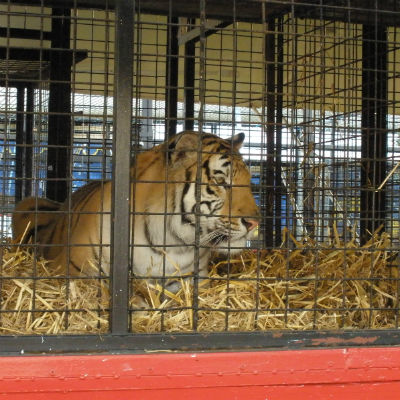