Born Free is delighted at the passing of a law to ban the use of wild animals in travelling circuses in England.

Born Free is wholly opposed to the use of wild animals in circuses and considers the practice to be unethical. It has been calling for a ban for many years.

Dr Chris Draper, Born Free’s Head of Animal Welfare & Captivity, said: "Born Free has been at the forefront of efforts to ban wild animals from circuses across the UK for decades, and it is with great relief we welcome this important news. We have been stalled and stymied by successive governments, but finally the right action has been taken to prevent the abuse of wild animals in circuses."

Virginia McKenna OBE, Born Free’s Co-Founder & Trustee added: “There can be few people who will not rejoice at the news that the government's much-delayed decision to ban the use of wild animals in travelling circuses has received Royal Assent and passed into law. At Born Free, we have been consistently trying to achieve this for many years, since our participation in the Parliamentary Circus Working Group in the mid 1990's. In fact, my first letter to former Prime Minister David Cameron on the subject was written over 10 years ago. At last it has brought an end to the prospect of life in the circus being inflicted on captive wild animals in the name of entertainment. I hope this will be the first step towards the banning of all forms of animal exploitation for fun.”

The Wild Animals in Circuses Bill will ban circus operators in England from using wild animals as part of a travelling circus. Scotland has already introduced a ban, and Wales introduced a Bill earlier this month. Northern Ireland is yet to take action. 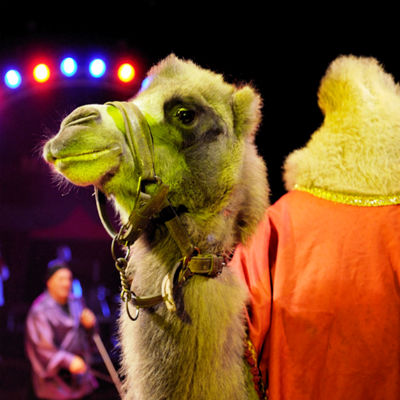