AN UPDATE ON ELSA - OUR ITALIAN LIONESS

Do you remember Elsa, the lioness living in Italy who was rescued from a travelling circus in Sardinia in 2014 and released from a lengthy court case in 2018? Find out how she's getting on in our latest update. 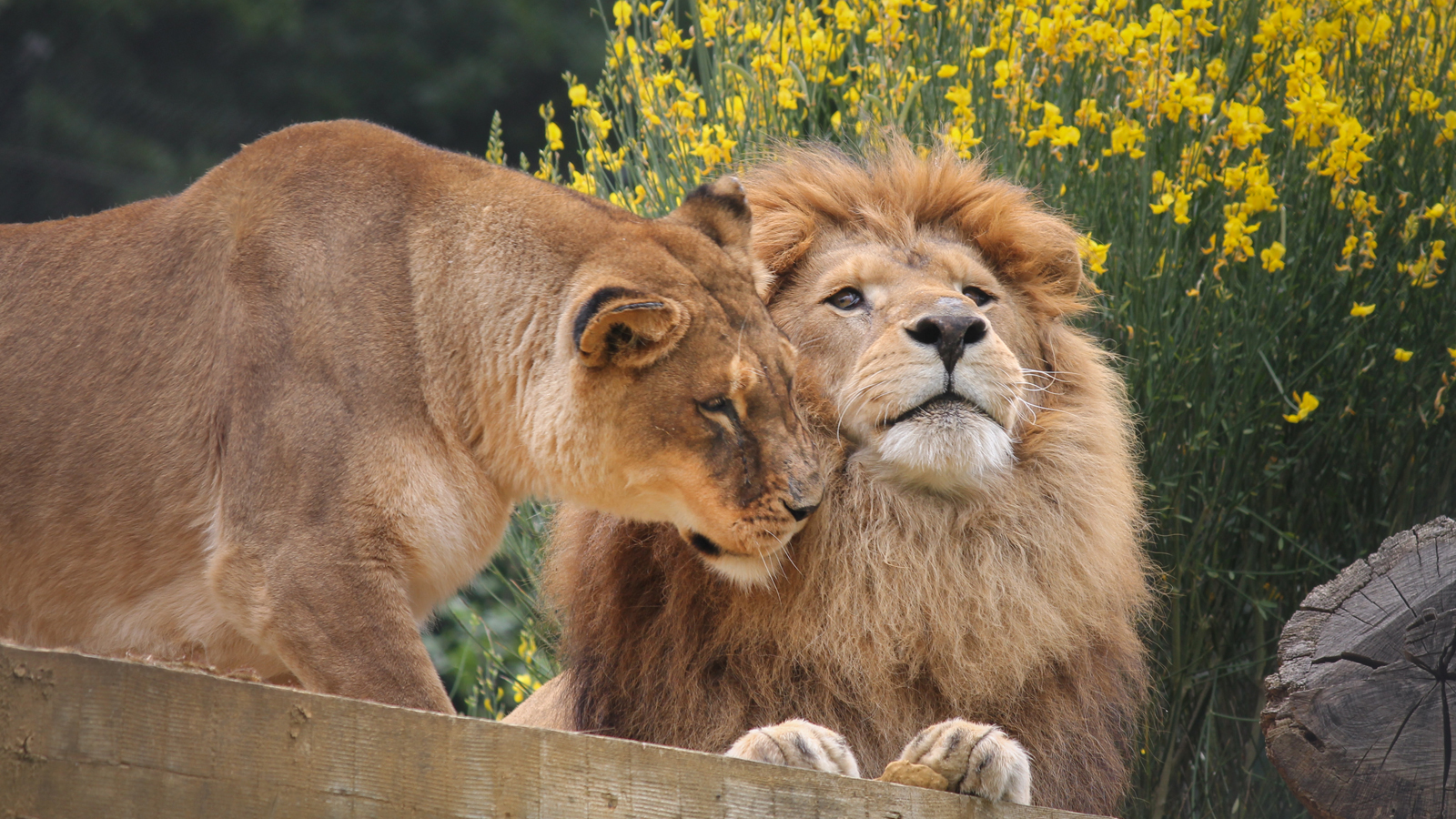 After living next to each other for many months, Elsa and Madiba were successfully introduced to live together in July last year, and Elsa is thoroughly enjoying having a companion.

It quickly became clear that Elsa was delighted to have some company and, although slightly unsure of the extra attention at first, having a companion has transformed Madiba – bringing him out of his shell, building his confidence and even overcoming his fear of the great outdoors.

When they first met, their relationship was clearly one sided. Elsa very much wanted to be friends with Madiba, whereas he was very nonchalant and generally uninterested in her. A gentle, and clearly determined Elsa, wasn’t going to give up on Madiba. Her patience and calm, but confident, demeanour finally won over Madiba and now they are close.

Before being introduced to Elsa, Madiba spent little time in the outdoor enclosure space, preferring the night house and small adjoining sheltered area of the enclose. Despite efforts from the animal care team to encourage him to venture outside, Madiba was clearly scared and would only step out for a minute or two, before quickly returning to where he felt safe. Whilst it is difficult to know the cause of Madiba’s fear, it likely stems from when he was in the circus. Today, his behaviour couldn’t be more different.

Over the last year, with Elsa’s encouragement, Madiba’s confidence is finally showing. He is more relaxed and content – dozing away the afternoon, whilst resting alongside Elsa on the raised platform in their enclosure. He now spends nearly all of his time outside with Elsa – playing together, chasing, wrestling and rolling around on the grass. Things he would have never done when he lived on his own.

It is wonderful to see how these two lions have helped each other. Elsa has a gained a playmate and companion in Madiba, and Madiba has gained a personal ‘bodyguard’ in Elsa, who has helped him to conquer his fear.