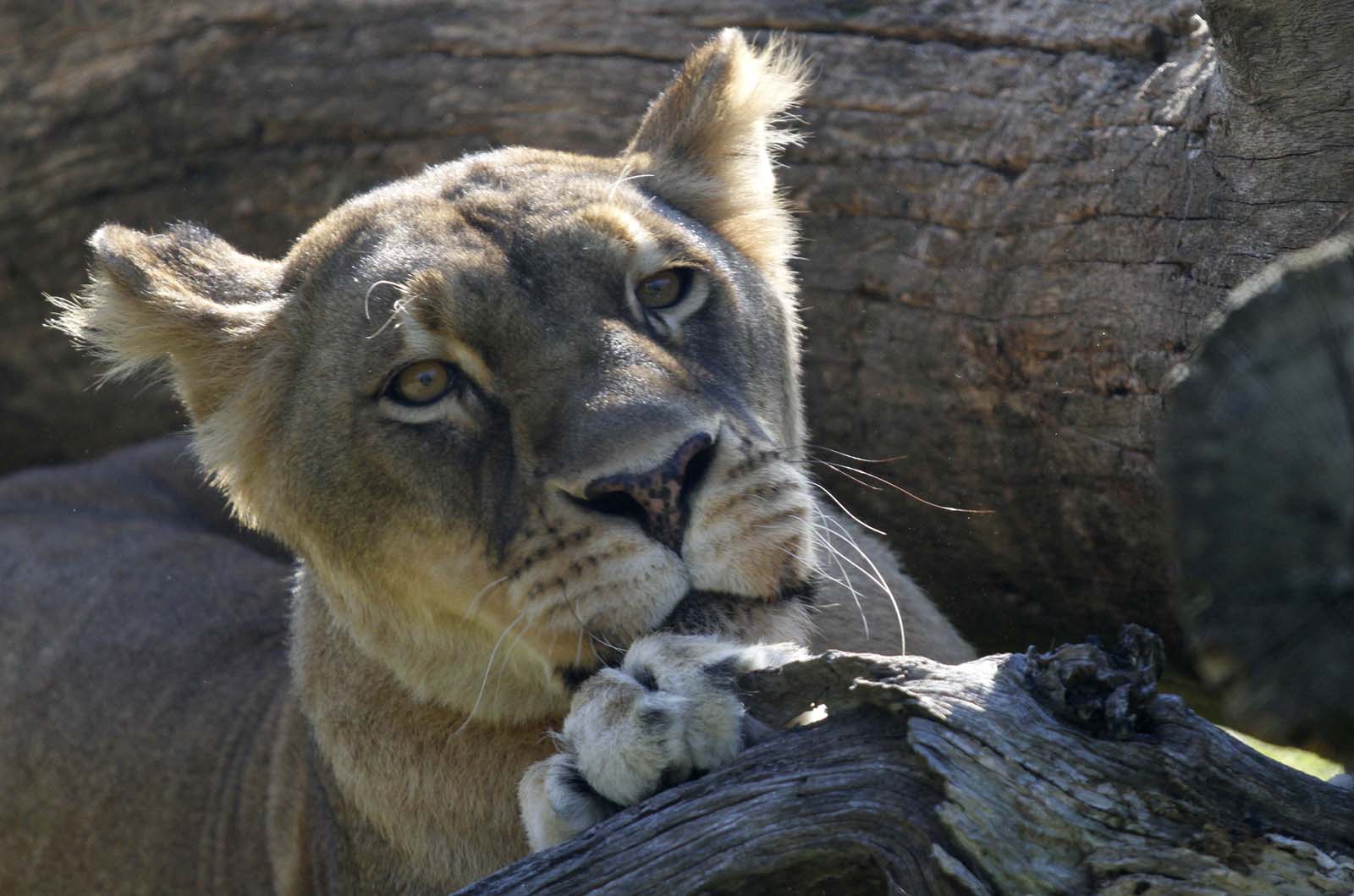 Born Free has launched a new appeal – Elsa Italia – to provide lifetime care for an ex-circus lioness in Italy.

Forced to perform with a travelling circus in Sardinia, Elsa (named by the circus) was living in cramped and squalid conditions. She was kept in a small barren cage, which was essentially just a circle of iron bars within a concrete car park, and her night quarters were inside a rusty beast wagon where she slept on a metal floor.

Born Free first came to Elsa’s rescue in 2014 when we worked with Italian animal welfare organisation Lega Anti Vivisezione (LAV) to remove and rehome her, until the court case taken against the circus owners was concluded. As a temporary measure, Elsa was taken to a wildlife sanctuary in northern Italy, with Born Free covering the cost of her transportation from Sardinia, her daily care and veterinary costs, thanks to public support.

It was originally thought that Elsa would be given a permanent home at our big cat sanctuary in South Africa. However, due to major legal setbacks, a final breakthrough, which allowed Elsa to be removed from the terms of the ongoing court case, wasn’t agreed until 2018. By this time, after several visits and discussions with staff at the sanctuary in Tuscany, it became apparent that Elsa was happy and content where she was, and it was in fact within her best interest to remain in Italy.

“It’s been a long process to get to the stage where we can finally offer Elsa a permanent place to call home,” explained Maggie Balaskas, Born Free’s Animal Rescue and Care Manager. “It’s clear that she is thriving at the sanctuary in Italy and we believe she will be happiest remaining in familiar surroundings, where she feels safe. Once this decision had been made, we introduced Elsa to a male lion called Madiba, who was at the sanctuary due to a different court case, and the two have become great companions for each other.”

Maggie added: “Although she’s around 12 years old now, Elsa is very lively and young at heart. She has grown in confidence and her playful character has really become evident. She spends her days exploring her enclosure within the sanctuary, lying on her platform and viewing her surroundings from an elevated position. We are delighted that Elsa can now continue to enjoy her life in a place where she is happy and secure.”

Elsa has had the worst possible start to life, but you can help can give her a life she deserves. Your generous gift will help fund Elsa’s lifetime care in Italy, including food, veterinary care, staff costs and enclosure upkeep.