Born Free is disappointed that Edinburgh Zoo is aiming to raise £100,000 to build a new enclosure for giraffes on Corstorphine Hill, Edinburgh. The enclosure could open in 2020, at least 15 years since the species was last kept at the zoo.

Dr Chris Draper, Born Free’s Head of Animal Welfare & Captivity said: “While giraffes might be charismatic and popular with visitors, they fare poorly in captivity. Edinburgh Zoo has described this development as a sanctuary when in reality it is anything but. Giraffes face many threats in the wild, but building a new enclosure in Scotland so people can engage in giraffe experiences and come face to face with giraffes will do little to change that.”

Rothschild’s giraffes were brought to Edinburgh Zoo in the 1980s, but the zoo’s last giraffe left 15 years ago. Edinburgh Zoo has carried out several projects to increase visitor appeal and income in recent years, including introducing pandas in 2011 – a move described at the time by Born Free as a “primarily commercial exchange”. Scottish Ministers recently refused a request for an additional £500,000 to build a new panda enclosure. 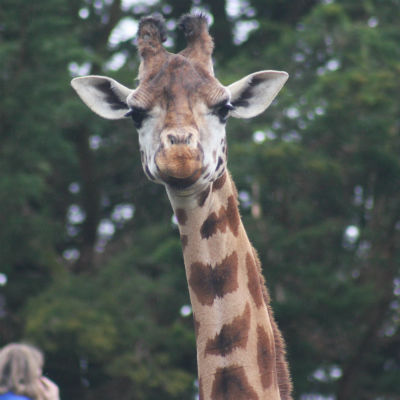