EAGLE SWOOPS IN ON ANOTHER WILDLIFE CRIMINAL

Born Free is proud to report that the Born Free-supported EAGLE Network (Eco Activists for Governance and Law Enforcement), just achieved another major victory in the fight against the illegal wildlife trade in Africa.

After a series of investigations and operations, Mamadou Dia, a corrupt state official and head of Guinea’s Wildlife Division at the National Directorate of Water and Forests, is finally behind bars. Dia abused his powerful position to establish a fraudulent ‘hunting reserve’ in Sabouya Game Reserve, one of the richest wildlife areas in Guinea. Charging ‘rental fees’ of over £2,500 per year, Dia secretly leased 25,000 ha of the reserve to a Spanish wildlife criminal named Carlos Corces Bustamante in 2016, giving him authorisation to organise hunting safaris for foreign clients.

Bustamante and his clients hunted elephants, bongos, hippos, leopards and other fully protected species, sometimes using such cruel methods as bow and arrows. Hunting protected species is a blatant violation of Guinean law, yet Bustamante openly advertised on American websites (his posts have been reported and since removed from the sites). The prices he advertised to illegally hunt Guinea’s protected wildlife were $5,000 (£3,800) for an elephant, $3,000 (£2,300) for a leopard, $5,000 (£3,800) for a bongo, and $1,800 (£1,400) for a hippopotamus.

Bustamante had been hunting in Sabouya since 2005, yet this ‘hunting reserve’ was a well-kept secret. Other environmental authorities and wildlife conservation organisations in-country did not know it existed, which suggests other senior officers were complicit in keeping it out of the spotlight. However, thanks to an undercover investigation by EAGLE, the secret is out.

Bustamante was arrested on 22nd September 2018, and EAGLE’s investigation revealed that he was involved not only in the illegal killing of protected species, but also in drug trafficking. An accomplice, Mamadou Camara, was found with wildlife trophies and sophisticated weaponry and arrested on 20th September. Dia was finally arrested on 22nd October.

With the support of EAGLE, Guinean officials have made great strides in fighting corruption. In August 2015, another EAGLE investigation led to the arrest and conviction of the former head of CITES* in Guinea. Ansoumane Doumbouya, the man supposedly leading the charge to end wildlife trafficking in his country, was himself a major trafficker. Doumbouya issued fraudulent CITES permits to international networks of traffickers so they could export protected species. His corruption led to more than 130 chimpanzees, gorillas, and bonobos, as well as thousands of other animals, being illegally exported to China and other countries.

Each of these arrests and seizures represent far more than just a successful law enforcement operation. They also represent increased motivation and capacity within law enforcement agencies, and serious political will to tackle this major issue. They represent stronger deterrents for future would-be wildlife criminals, and they bring hope that traffickers will face higher and higher hurdles to profit from these brutal crimes. Crucially, these operations also ensure that the confiscated wildlife and animal body parts will not enter the market to satisfy and stimulate demand. Each tonne of pangolin scales and ivory found, each leopard skin confiscated, and each young chimp seized, represents hundreds or thousands of animals lost to this brutal trade... but the work of EAGLE brings us hope. 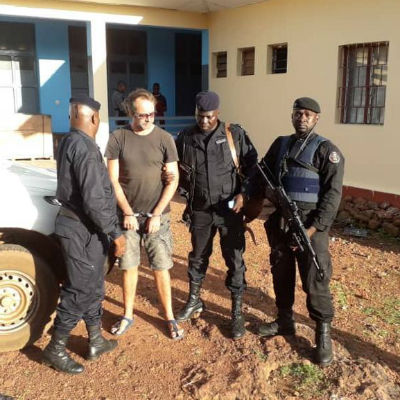 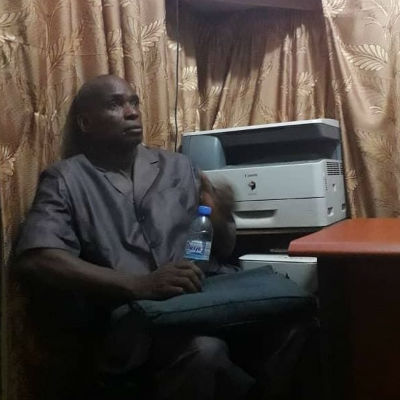