Last year, Born Free revealed that nearly 5,000 dangerous wild animals were being kept under licence at more than 200 private addresses across Britain.

This figure excludes those kept illegally, such as the case of an owner in Basildon, Essex, who was sentenced last week to 26 weeks in prison after a range of unlicensed dangerous wild animals were discovered in his flat. This included a four foot spectacled caiman, several species of venomous snake including, copperheads and cobras, and a scorpion.

The animals were first discovered by Essex police in January 2018, with no food, water or heat source. The snakes were being kept in poorly-ventilated plastic boxes. Seven of the snakes had died and had been left to decompose. The survivors were taken into the care of the RSPCA.

Samantha Goddard, Campaigns Officer at Born Free, said: “These animals had been kept in appalling conditions and without the necessary licences. Whatever your view may be on keeping wild animals in captivity, I hope you agree that situations like this should not occur. Born Free is petitioning for a review of the law regulating the keeping and sale of dangerous wild animals in the UK.’’

Please help us to change the Dangerous Wild Animals Act 1976 to better protect these animals and the general public. We don’t have long – our petition to Government closes on 4th December and we need 10,000 signatures for a response from Government. Please sign and share today. 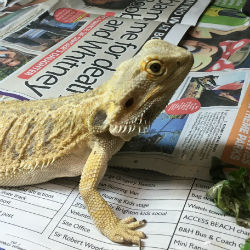