Born Free and experts have expressed outrage at the contents of a letter dated 8th June outlining plans for a number of endangered wild animals to be exported from the Democratic Republic of Congo (DRC) in Central Africa, to two Chinese zoos.

The letter refers to a request by the Chinese company for 12 mountain gorillas, 16 bonobos (pygmy chimpanzees), 16 chimpanzees, eight African manatees and 20 okapi, to be sent to Taiyuan and Anji Zhongnan zoos. It proposes that a team from the DRC’s Institut Congolais pour la Conservation de la Nature (ICCN) visit the zoos in China to inspect the facilities.

Quite what Tianjing Junheng International Trade Corporation Ltd, the nature of whose business is unclear, is doing ordering live animals for shipment to zoos, is a mystery and underscores once more the serious concerns about the negative impact Chinese companies investing in Africa are having on its wildlife and biodiversity. 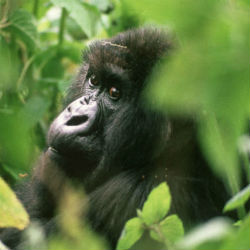 The Corporation has been previously implicated in the export of eight live chimpanzees from Guinea to China in 2010-2011, which eventually led to Guinea being subjected to CITES* trade sanctions. Although China escaped sanctions at that time, it was put on notice about any similar activities in future. Given the DRC’s poor record of compliance with CITES, there can be no excuses for the Chinese authorities allowing Chinese companies to import protected species from that country.

According to Born Free’s contacts, neither of the Chinese zoos named in the letter were aware of the potential transfers.

Born Free, alongside 15 other civil society groups, has written to CITES authorities requesting them to intervene on this issue as a matter of urgency. Born Free is also pursuing the issue with authorities in China.

Sign a petition urging the Congolese Government not to allow the export of endemic wild animals to China:

Mountain gorillas, bonobos, chimpanzees and African manatees are all listed on Appendix I of CITES, making international commercial trade in live animals or parts and products derived from them illegal. Mountain gorillas are Critically Endangered according to the IUCN** with just 200 thought to remain in the DRC. Bonobos are an endemic species found only in the DRC and their populations are in serious decline. Okapis are not listed by CITES (as, until now, international trade has not been seen as a threat) but are classified as Endangered. All species are protected under DRC’s national legislation.

All of the animals concerned belong to species which are threatened with extinction. The DRC has no captive breeding programmes for these animals, so it seems certain they will be captured from the wild, contravening international and national laws and condemning the animals concerned to miserable lives in captivity.

Despite the taking of great apes from the wild being illegal in all their range states, a large number of live great apes appear to have been unlawfully exported from African countries to Chinese zoos in recent years. 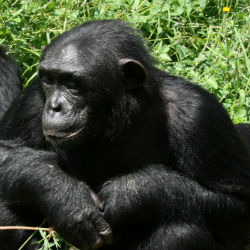 Between 2007 and 2011, a total of 104 chimpanzees were exported from Guinea to China. A further 12 were sent from Sierra Leone and six from Chad between 2011-2012. Ten Western gorillas from Guinea were exported in 2010. Although CITES allows the sale of Appendix I listed live animals so long as they’re classed as zoo transfers which are, currently, classified as ‘non-commercial’, serious concerns persist about the legality of these exports, and there is evidence that the animals are being used for degrading and clearly commercially-driven public performances in the destination facilities.

'WE ARE DEEPLY DISMAYED BY THESE PROPOSALS', SAYS BORN FREE'S CO-FOUNDER & PRESIDENT, WILL TRAVERS OBE

"There is nothing to suggest that this is not an authentic communication and I am sure that our sense of profound shock and outrage will be shared by conservation experts and NGOs, as well as the international community and the public at large. To imagine dozens of individual mountain gorillas, okapis, bonobos being caught from the wild and destined for a lifetime in captivity is outrageous.

We are deeply dismayed by these proposals and fear for the welfare of the animals concerned should – heaven forbid – they go ahead. Capture from the wild will put lives at risk and, in our expert opinion, the zoos concerned clearly won’t be able to provide for the complex health, social and emotional needs of these animals, should they survive capture and transport. There are also real concerns the animals may be used in demeaning and degrading public performances which have no conservation or educational value at all. 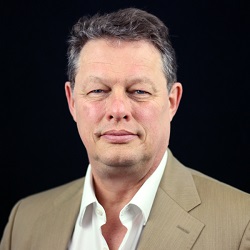 We are also extremely concerned that the request for these animals has apparently come from a Chinese company which will surely be operating in Africa with the approval of the Chinese government. Many Chinese corporations are investing in mining, infrastructure and other major projects across Africa, and while this might be attractive to struggling African economies, it cannot be allowed to take place at the expense of Africa’s unique fauna and flora.

With its huge investment capability, China has a big responsibility to ensure that its international activities do not harm the world’s beleaguered wildlife. The country has shown international leadership in biodiversity protection through the action it has taken to reduce demand for shark fin, and the implementation of its domestic ivory trade ban at the end of last year. These actions are incompatible with the proposed capture and transfer of endangered animals.  We call on the Chinese authorities to bring an immediate end to these proposals, and to instruct Chinese companies, investors and citizens to desist from activities which put Africa’s threatened wild animals at further risk.

Capturing live great apes from the wild usually entails disrupting entire social groups and killing other family members, with devastating consequences that go way beyond the captured individuals. CITES itself recognises that wild-caught great apes are not acceptable for trade among zoos, safari parks or other educational or scientific institutions. This proposed export needs to be stopped in its tracks, and we call on the international community to implore the Chinese authorities to step in and cancel this whole appalling venture and deal severely with Tianjing Junheng International Trade Corporation Ltd, and any other Chinese companies which may be tempted to exploit Africa’s wildlife in this way."

FIND OUT MORE ABOUT WILDLIFE TRADE

* CITES: the UN Convention on International Trade in Endangered Species of Wild Fauna and Flora. Its aim is to ensure that international trade in specimens of wild animals and plants does not threaten their survival.

** IUCN: the International Union for the Conservation of Nature’s Red List classifies species according to their conservation status