It is saddening news to report that four dolphins have arrived in Lanzarote, Canary Islands (Spain) over the weekend; seemingly to be displayed at the newly built dolphinarium in Rancho Texas zoo. The Born Free Foundation has been supporting the #StopDelfinarioLanzarote campaign, created by the Spanish NGO, FAADA, to stop the construction of a captive dolphin facility on Lanzarote and inevitable import of dolphins.

Reports received indicate that the four bottlenose dolphins: aged 20, 10, 8 and 5 years old; arrived in Lanzarote, from Germany, on Saturday on a Blue Bird cargo flight. All four dolphins are reportedly male and captive-bred in European dolphinariums: two dolphins from Duisburg Zoo in Germany (named Diego and Darwin (born in 2011), one male from Nuremberg (named Noah (1993)), and a male, Kai (2010), from Harderwijk in the Netherlands.

“Ever since our visit to Rancho Texas zoo this year, when we had identified that the true intentions of the planned captive dolphin facility was purely profit-driven, we have been campaigning against the venture”, explains Daniel Turner, spokesperson for Born Free. “At our meeting with the President of Lanzarote, we had provided significant evidence demonstrating that cetaceans (whales, dolphins and porpoises) suffer from heightened anxiety and in some instances, early mortality, within the restrictive, captive environment. However, the President had indicated that the likely economic gains in building of the dolphinarium were far more attractive.”

Whilst it is recognised that most captive dolphin facilities are built to generate significant profits for their owners (reportedly a trained captive dolphin can generate profits of up to US$1 million per annum for an animal attraction) zoos claim that captive breeding is the reasoning behind these captive dolphin transfers. The European Association of Zoos and Aquaria (EAZA), which coordinates the European Endangered Species Program EEP for the bottlenose dolphin, claims that captive breeding is necessary to maintain a ‘genetic diverse’ captive population.

“The majority of cetaceans are common in the wild and there is no conservation need to increase the numbers of individual animals of cetacean species in captivity. EAZA, and other zoos across the world, need to acknowledge that such captive breeding programmes are not needed and instead, efforts must be made to phase-out the captivity of cetaceans for entertainment purposes, which is clearly for profit-making purposes,” said Turner. “The Born Free Foundation will continue to campaign for an end to cetacean exploitation”. 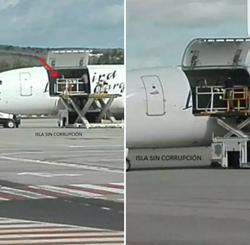