A PERSONAL TRIBUTE BY VIRGINIA MCKENNA

There are some people you meet in your life who, however seldom you see them, never leave your mind or your heart.

For me, such a person was Daphne Sheldrick. Indeed, her death on 12th April deeply touched millions who had never met her but felt she was a true friend.

Elephants, as we know, are loving, loyal, family animals and Daphne, in her unique way, was a mother to hundreds of orphans (victims of the horrendous ivory trade) – as well as a wonderful mother to her own children.

It was 50 years ago that Bill and I met her and her husband David, in Kenya’s Tsavo National Park where he was the Senior Warden. We were there to make a film about elephants, and they already looked after two teenage orphans (one, the famous Eleanor). However, for our story, we also needed a very young one and, through David, we were allowed to borrow a little two year old that had just been captured from the wild, as a gift to London Zoo. With Daphne and David’s special care the traumatised little elephant, Pole Pole, was transformed. We didn’t then know that she would change our lives forever.

It was a letter from Daphne in the early 1980s that alerted us to an alarming situation that had arisen at the zoo. Pole Pole was alone, had become ‘difficult to manage’ and was possibly going to be euthanized. We campaigned for her to return to Africa but to no avail. Her tragic death in 1983, aged just 16, sparked the formation of our charity, The Born Free Foundation. 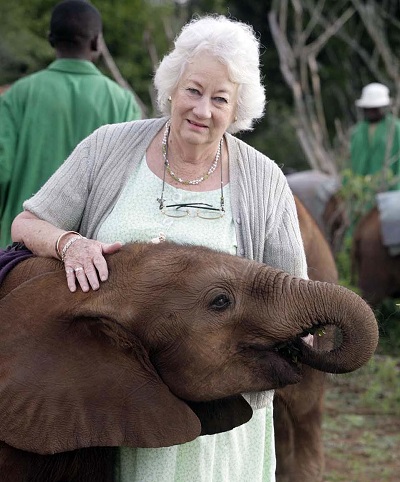 Over the years Daphne and I have always kept in touch, and whenever I went to Kenya I used to go and see her at her home on the edge of Nairobi National Park. We sat and talked of many things, and I always left feeling enriched and grateful to know, a little better, this wise and extraordinary woman.

On one occasion she took me to the ‘halfway house’ in Tsavo, where the older orphans are taken to prepare them for a life in the wild. It was an unforgettable experience. With their carers, they would go out into the bush each day, browsing and exploring. In the evening, when they returned – and this was the amazing thing – sometimes a few wild elephants came too and drank from the same water trough. I can see them still. Daphne’s understanding of elephants, not only as a species but as individuals, and her ability to tell their story and champion their cause, were without compare.

I will always deeply admire Daphne, always remember her, always be grateful that we met half a century ago. I know, of course, that her unique work, led by her family, will continue for as long as it is needed. And I know that her kind, compassionate, all-embracing and inspirational spirit will watch over them, never diminishing in its strength and love. 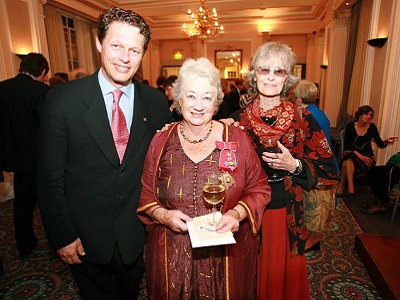