Born Free has welcomed a motion passed at the International Union for the Conservation of Nature’s (IUCN) World Conservation Congress  encouraging governments globally to close their domestic markets for elephant ivory as a matter of urgency.

Welcoming the IUCN’s motion, Born Free Foundation’s President and CEO, Will Travers OBE, said: “The world’s foremost conservation body has taken a bold and hugely important step in efforts to save elephants from almost certain extinction. While not legally binding, the opinion of the IUCN is widely respected by governments, and should go a long way to persuading those that are dragging their heels to join the United States, China, France and others and bring their domestic trade in ivory to a permanent end. We cannot trade our way out of the crisis facing elephants and we’re running out of time. Only by making it clear that ivory trade will not be tolerated anywhere in the world can we bring the devastating poaching crisis to an end and provide a secure future for elephants.”

Elephant populations across Africa are being devastated by poachers seeking to supply ivory into lucrative global markets. According to the Great Elephant Census carried out across 18 countries over the past three years, Africa’s savannah elephant populations have reduced by some 30% over the past seven years, and now number fewer than 400,000. Forest elephants declined by over 60% in the decade to 2011, and the downward spiral continues.

While the international trade in elephant ivory has, with some exceptions, effectively been banned since African elephants were placed on Appendix I of the Convention on International Trade in Endangered Species (CITES) in 1989, legal domestic ivory trade continues to varying extents in many countries across the world. The existence of domestic markets is widely thought to facilitate illegal trade by providing a mechanism for the laundering of ivory from poached elephants into legal markets, and by stimulating demand among consumers who believe its legality renders the trade and purchase of ivory legitimate.

In recognition of this, a number of key countries have taken or committed to take action to close down their commercial domestic ivory markets. In September 2015, US President Obama and Chinese President Xi made a joint commitment to "enact nearly complete bans on ivory import and export…and to take significant and timely steps to halt the domestic commercial trade of ivory". The United States prohibited domestic elephant ivory trade in July 2016 and France followed suit the following month. The government of Hong Kong announced in June 2016 that it intends to ban all forms of ivory trading within five years.

Focus now moves to Johannesburg, where parties to CITES will debate a number of proposals relating to elephants, including a legally-binding resolution on the closure of domestic ivory markets. 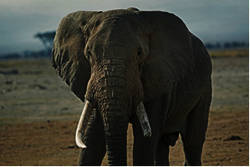 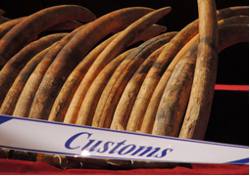