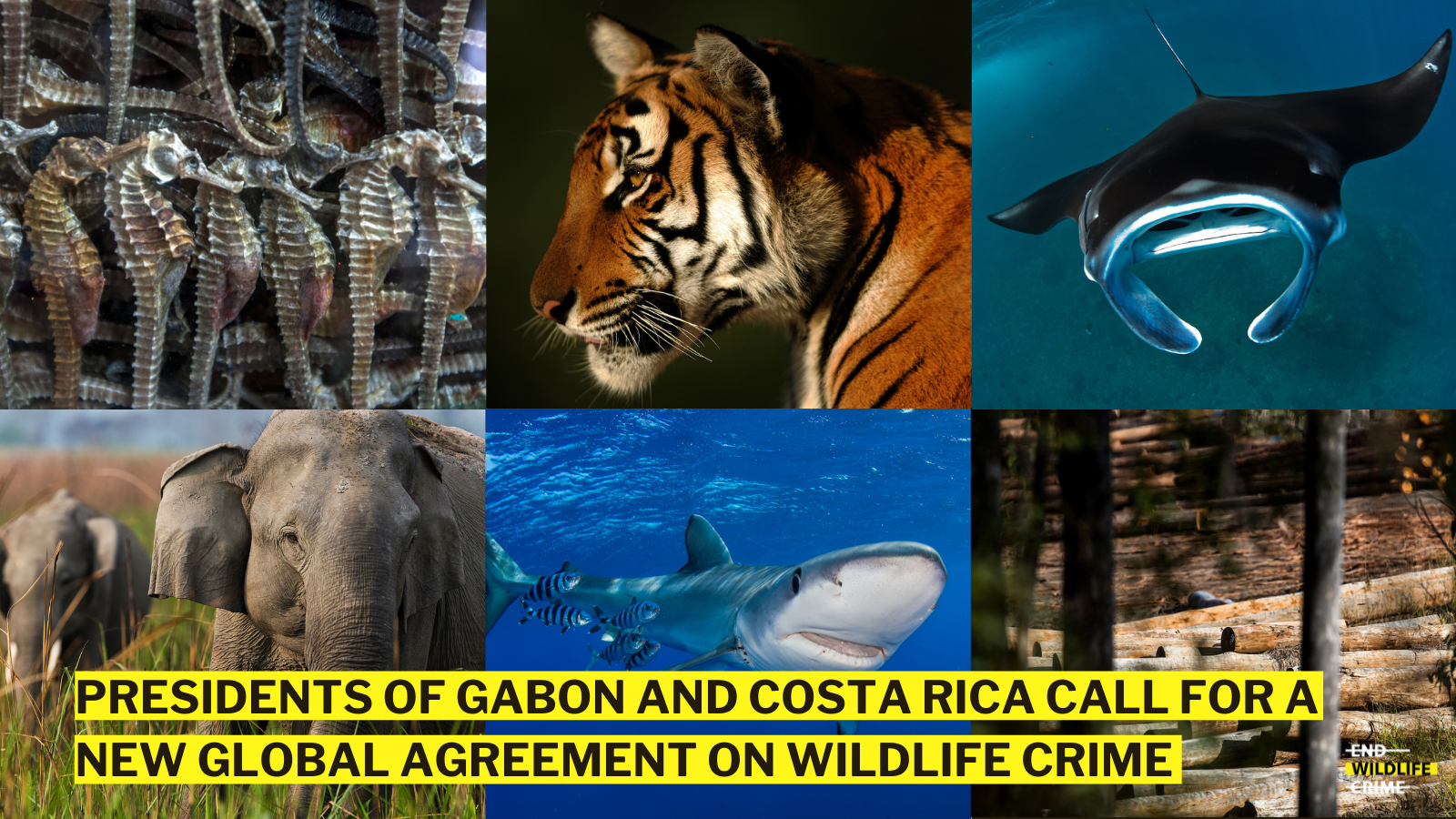 We warmly welcome the joint statement made on behalf of the Presidents of Costa Rica and Gabon at the opening session of the Thirtieth Session of the UN Commission on Crime Prevention and Criminal Justice in Vienna on 17th May, calling for the establishment and implementation of a global agreement to tackle wildlife crime.

Responding to the news, Will Travers OBE, Born Free’s co-founder and Executive President, said: “There has perhaps, in our lifetimes, never been a greater need for visionary and transformative leadership. We simply have no alternative but to tackle the most pressing threats faced by humanity and the ongoing devastating impact of the pandemic is clear evidence.  If we don’t rewrite our relationship with the natural world and continue to exploit it with no regard for the consequences, our future and the future of all life on earth is very uncertain.”

In March 2020, Born Free co-founded the Global Initiative to End Wildlife Crime which was established to promote the need for a new global agreement on wildlife crime, and for the amendment of existing international wildlife trade laws to include public and animal health criteria into decision-making. The Initiative has identified a protocol under the United National Convention Against Transnational Organised Crime (UNTOC) as the appropriate vehicle for an international agreement, and has produced a draft protocol in collaboration with legal advisors. UNTOC already has protocols on human trafficking, migrant smuggling and the illicit firearms trade.

Chaired by John Scanlon AO, former Secretary General of the Convention on International Trade in Endangered Species of Wild Fauna and Flora (CITES), the Global Initiative has been working hard to promote its objectives with government and at international forums. The strong support voiced by Costa Rica and Gabon represents a significant step towards achieving its objectives, alongside the support for a global agreement expressed by the European Commission.

Will Travers continued: “Ending wildlife crime and taking a One-Health approach to the way we conduct our lives, as has been set out in this Statement, must form the core of our high-priority agenda going forwards.  I urge all those in positions of leadership to join hands in this endeavour.  Quite simply, it could not be more important.”

International wildlife crime threatens wildlife and biodiversity, disrupts ecosystem functionality, exacerbates climate change, and increases the risk to animal and human health through infectious diseases. It is estimated to cost the global economy between $1-2 trillion a year, according to the World Bank.