‘State of the Earth’ Question Time will take place in Glasgow, on 7 November 2021.

As part of the Cabinet Office Green Zone event programme at the COP26 Climate Change Summit in Glasgow, Born Free will be hosting and chairing a 'State of the Earth' Question Time event at the I Max Cinema at the Science Centre in Glasgow on Sunday 7 November from 12.30 to 2.30pm.

Building on the success of previous events held at the Birdfair festival at Rutland Wildlife Reserve in East Anglia, the Question Time event will be chaired by Born Free Policy Advisor and Wildlife Advocate Dominic Dyer and will be based on the format of the BBC current affairs programme, with questions for the speaker panel being led by the audience.

The event will be held in front of around 400 people and will be livestreamed to a much larger global audience!

Tickets will be available free of charge via the COP26 website from 11 October, with most events also streamed live on the COP26 YouTube channel.

Click below for full programme details and speaker events programme.

The key focus of the event will be the importance of habitat, wildlife protection and animal welfare at home and abroad in a rapidly changing world where we face a growing climate emergency.

Key issues for discussion will include:

The speaker panel for the event will bring together a number of leading influencers, thought leaders and campaigners from business, journalism, wildlife conservation and animal welfare across the age generations. 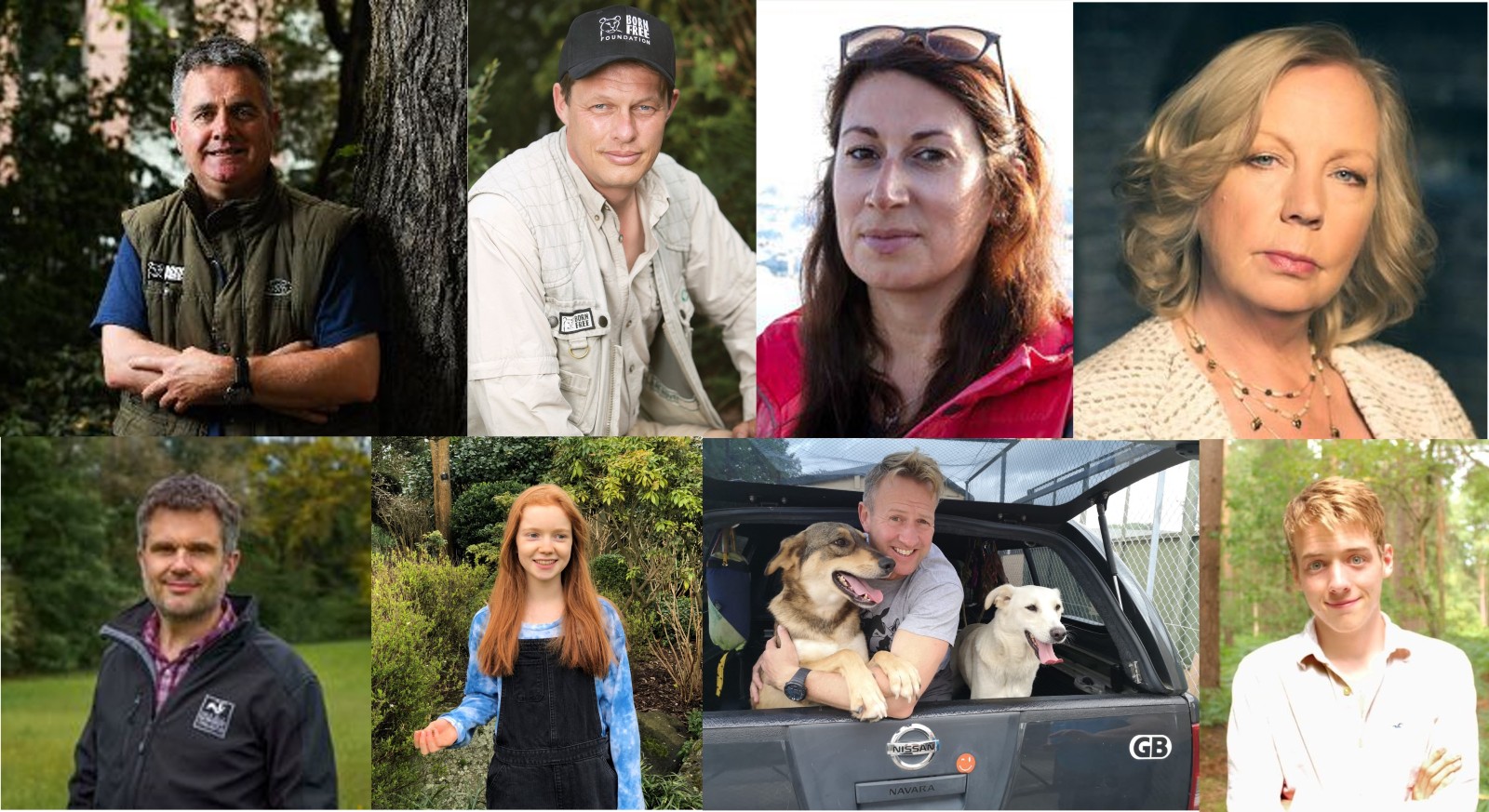 COP26 will open its doors to the British public throughout the international climate summit, with more than 200 events being hosted in the UK-run Green Zone in Glasgow between Monday 1 November and Friday 12 November.

The Green Zone, hosted in the Glasgow Science Centre, will bring together young people, indigenous leaders, businesses and grassroots communities who will showcase cultural performances, exhibitions, talks, film screenings and technical demonstrations to a global audience.

Global singer/songwriter Ellie Goulding has also been announced as a COP26 Advocate. Ms Goulding will be raising awareness about climate change to audiences in the UK and around the world, promoting the importance of climate action to young people and will also be attending COP26 in Glasgow. Over 300 organisations will take part including:

COP 26 Principal Partners (Unilever, SSE, Sky, Scottish Power, Sainsburys, Reckitt, NatWest Group, National Grid, Microsoft, Hitachi and GSK) will have a strong presence at the COP26 Green Zone to share their experiences, showcase their commitment to fighting climate change, support and encourage others to do the same, and make a difference in a global issue of paramount importance.

They will all be hosting exciting interactive exhibition stands in the Green Zone, and running a host of diverse and interesting events and premieres covering a range of themes relevant to tackling climate change alongside other world experts and interesting speakers.

The Green Zone will also feature some of the individuals, businesses and organisations in all four nations of the UK who are all going one step greener to protect the planet, as part of the Government’s Together for our Planet campaign.

From a British FormulaE race car showcasing the power of electric vehicles, to the artwork created by children across the country to inspire climate action, the Green Zone will convey the passion and innovation of the UK’s fight in tackling climate change.