Born free is shocked to learn of the negligent actions by the European polar bear breeding programme which paired and allowed two siblings to produce a cub at a zoo in Germany.

Despite the cub being born in 2018, the discovery that the parents were brother and sister was only announced on Wednesday 19th May 2021, and blamed on a ‘clerical error’. This comes eight years after the two bears arrived in Germany when suspicions were initially raised, and rejected by the zoo, that the two bears were siblings. In that time, the female has also given birth to several cubs that have not survived.

Responding to the news, Born Free’s Chris Lewis said: “We are constantly being assured that zoos are essential bastions of good conservation practice, and responsible custodians of the animals they house, when the evidence says quite the opposite. That such irresponsible actions could happen in a European zoo is unforgivable and begs the question how many more ‘clerical errors’ have resulted in such inappropriate matches.”

To our knowledge, no captive-bred polar bear has ever been successfully reintroduced into the wild.

Experience of polar bears in zoos the world over has shown us time and again that polar bears simply do not fare well in captivity. Although in recent years many zoos have replaced the iron bars and concrete enclosures with glass windows, electric fences and moats, the space for captive bears is tiny in comparison to their wild natural habitat. A typical zoo polar bear enclosure is approximately one millionth of its minimum home range size in the wild. Likewise, pools within enclosures can never provide captive bears with anything like a wild experience.

Many captive animals suffer as a result, both physically and psychologically, including developing stereotypic behaviours. It is felt that along with cetaceans and elephants, captive polar bears suffer some of the highest levels of zoochosis in captivity. 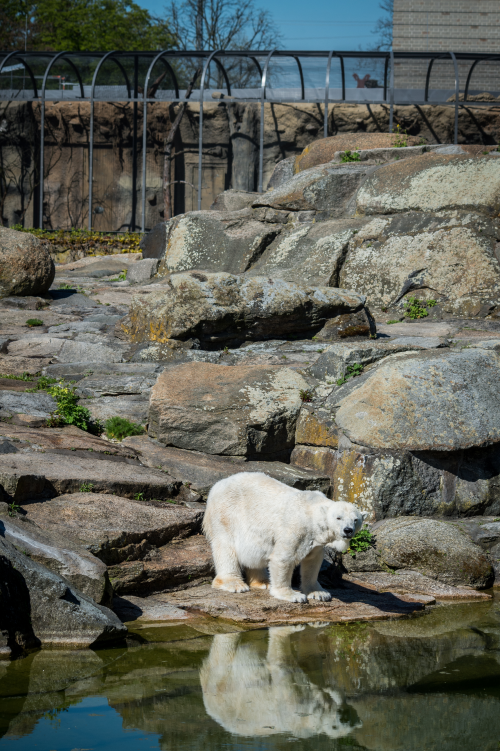 Born Free is calling on European zoos to phase out the keeping of polar bears, among many other species, in captivity and focus conservation resources on the protection of polar bear populations in the wild.