Great apes, rhinos, elephants and big cats were all on the agenda at this week’s CITES Standing Committee, attended by Born Free.

The 70th meeting of the CITES Standing Committee, held in Sochi, Russia, saw delegates from across the world gather to discuss key issues surrounding wildlife trade.

Born Free’s Head of Policy, Dr Mark Jones, made a statement to the delegates at the meeting calling for action to stop the illegal trade in live infant great apes.

“Thousands of great apes are killed each year to fill the demand for pets and attractions, bushmeat, and ceremonial body parts, generating significant revenue for those who make up the illicit supply chains,” Dr Jones said. “For every live infant in trade, several of its family members are likely to have been killed. The response to these problems has thus far been weak, with very few arrests or convictions, as a result of weak enforcement, lenient sentencing and corruption. We cannot afford to once again delay actions to tackle illegal trade in great apes while we await further data, so we urge the Standing Committee and CITES Parties to ensure robust actions are identified and tabled for consideration and adoption at CoP18.”

The CITES Secretariat, in consultation with the Standing Committee chair and great ape specialists, will now review the Resolution relating to great ape trade and recommend changes.

“Poaching continues to threaten rhino populations across their range and there is no room for complacency. A continued specific focus by this Convention on the trade in rhino specimens is clearly justified,” Dr Jones said.

Born Free’s Associate Director for Asia and Oceania, Gabriel Fava, said: “Better co-operation and co-ordination is needed across range states to help identify gaps in capacity. We look forward to supporting countries to address those needs and ensure a sustained enforcement response against illegal trade.”

Also discussed were the trafficking of cheetah cubs from east Africa into 'consumer' countries in the Middle East and the trade in tiger parts and products, which is fuelling demand for other big cats such as lions and jaguars.

Born Free will be attending CoP18 in Sri Lanka next year and will continue to lobby for these much needed changes. 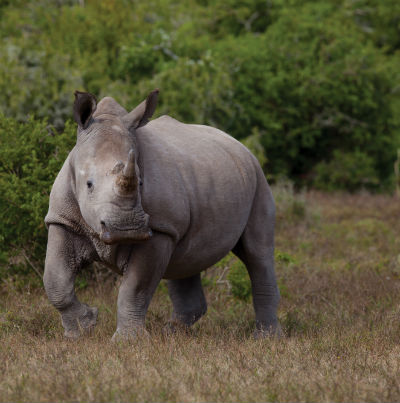 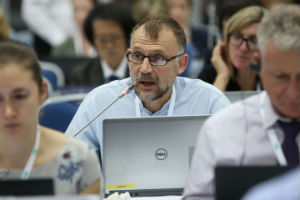