HELP US GIVE WILDLIFE THE GREATEST PROTECTION POSSIBLE AGAINST TRADE

Are you part of the trade in wildlife? No? Think again.

Like it or not, we have all played a role in wildlife trade. From the wood our furniture is made from, to the orchids on our windowsill, the pieces of coral on our mantelpiece, or even the live fish in our aquaria, the trade in wildlife is all around us.

We don’t want wildlife to be traded as mere objects, but if there is going to be trade, we want to make sure it is done right. We want the most threatened species to be fully protected against it.

Next month, officials from all over the world will be attending a big meeting in Switzerland to make decisions about the wildlife trade. We will be there too.

Decisions will be made on whether many species of wild animals and plants should be protected; whether current rules for elephants, rhinos, lions and great apes should be tightened or relaxed; and how international rules on wildlife trade should work – even the trade in woolly mammoth ivory is up for discussion!

Governments from all over the world will be sending officials to attend – including the UK. They’ll be using taxpayers money to do this – your money will be used to fly British government officials to the meeting to vote in your name. So, we need to make sure they are making the right choices for wildlife. 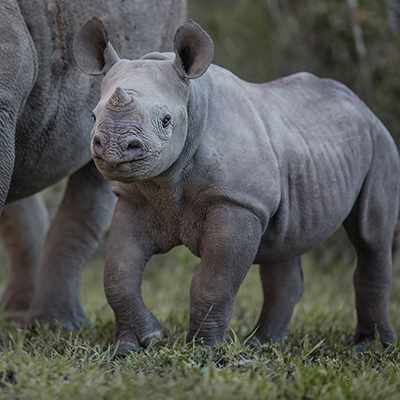 That is why we are asking you to take action. Please send an email to the Environment Secretary asking them to make sure the UK gives wildlife the greatest protection possible.

Dr Mark Jones, Born Free’s Head of Policy, says: “When it comes to politics, many people may feel their voice doesn’t make a difference, but the public really can influence the UK’s voting decision. We all send thousands of emails a year, but this one could really make a difference. If we are to secure a future for wild animals and plants, we cannot go on treating them as mere commodities. They might not have a voice, but we do.”