The Guinean Forests of West Africa, home to a rich and unique array of biodiversity, are considered to be one of the world’s biodiversity hotspots. Nearly a quarter of the continent’s native mammals are believed to occur here, many of which are endemic or range-restricted, occurring nowhere else in the world.

Primate diversity is particularly high, and this region is therefore high-priority for primate conservation. However, the biological richness in these forests is threatened by ongoing habitat loss, and 85% of the region’s native vegetation cover is now lost.

Of particular conservation concern are western chimpanzees. One of four recognized subspecies of the common chimpanzee, the western chimpanzee is found in patchily-distributed populations in Côte d'Ivoire, Ghana, Guinea, Guinea-Bissau, Liberia, Mali, Senegal, and Sierra Leone.

The threats facing this subspecies are numerous; habitat loss and fragmentation, poaching for bushmeat, and the lucrative illegal pet trade have all contributed to a consistent and dramatic decline in their populations over the past 50 years. A recent study suggests that between 1990 and 2014 the western chimpanzee declined by 80% across its range. Of the four subspecies, this is the only one to be listed as Critically Endangered in the latest IUCN assessment in 2016.

Guinea-Bissau is considered high-priority for the conservation of western chimpanzees. This small country, burdened by years of political instability and economic hardship, is one of the poorest in the world. It is home to an estimated population of just 600-1,000 western chimpanzees, less than the number needed to guarantee their long-term survival. Like other populations, the Guinea-Bissau chimpanzees are threatened by rapid deforestation, habitat fragmentation, poaching, and the illegal pet trade. Conservation efforts are urgently needed in this region to ensure the long-term survival of this subspecies.

With the support of Born Free, Dr. Maria Joana Ferreira da Silva, a postdoctoral fellow associated with Cardiff University and CIBIO (Research Center in Biodiversity and Genetic Resources) from Porto University, Portugal, is leading a project to develop a country-scale conservation management strategy of western chimpanzees and other primates in Guinea-Bissau.

The project involves three key stages: 1. Assessing the conservation status of primate species in Guinea-Bissau and identifying important areas that should be protected; 2. Assembling a collaborative team for primate conservation; and 3. Engaging the public in the protection of primates. 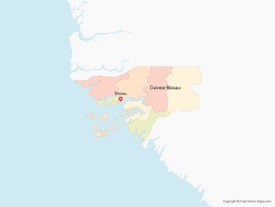 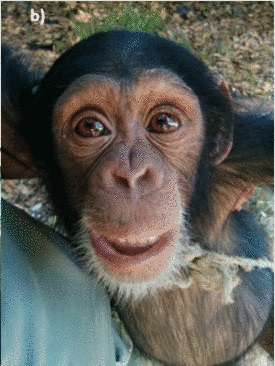 Several steps of the first stage – notably ecological niche-based modelling, field surveys of selected areas, and DNA analysis to identify primate species, genetic diversity, population structure, and demographic history – are now partly or entirely complete. DNA analyses from faecal samples collected in the field have yielded particularly interesting findings; for example, results suggest that the IUCN distribution of Campbell’s monkey and sooty mangabey in Guinea-Bissau should be amended to include the Boé region in the southeast. Determining the accurate distribution of primate species is crucial for their effective conservation; the results from this study will not only help determine the conservation status of these primate species, but also reveal where and how to best concentrate conservation efforts.

Among many group-living species, including chimpanzees, individuals of one sex disperse at adulthood to avoid inbreeding. Among chimpanzees, females are the ones to disperse at maturity, while males express philopatry; that is, they remain in their natal community for their lifetime. However, DNA analysis has revealed that male chimpanzees in Guinea-Bissau are not strictly philopatric. This is an interesting finding, as it is in contrast to studies on other chimpanzee populations.

The project also monitors the primate meat trade in Guinea-Bissau. Over the course of fifteen months, 543 tissue samples were collected in six restaurants on the outskirts of Cufada Lagoons Natural Park, and 61 tissue samples were collected in villages inside the park. For the first time to-date, an innovative and cost-effective gene sequencing technique has been used to identify these bushmeat samples. Results will determine what is being hunted for the bushmeat trade, a major driver of primate decline.

Finally, with the assistance of Born Free, the project is working towards relocating two seized chimpanzees to a foreign chimpanzee sanctuary, as Guinea-Bissau does not have a rescue centre or appropriate facilities to provide lifetime care. Although illegal to keep chimpanzees and other primates as pets, the practice is common in Guinea-Bissau and elsewhere in West Africa. This is a secondary consequence of the bushmeat trade, since young are captured when their mothers are killed. A one-month survey of two commercial bushmeat camps in Liberia (2015) by Born Free’s Associate Director Conservation Africa, Liz Greengrass, provided an example of the severity of this issue: 74 chimpanzee carcasses were reported, as were eight live infants. Authorities are usually aware of the negative impacts of the bushmeat and illegal pet trades on wild chimpanzee populations in Guinea-Bissau, but the law is rarely enforced.

A female chimpanzee named Bo was seized from a hunter in Guinea-Bissau in 2015, and an infant named Bella (pictured) was seized in the Tombali region in 2016. Attempts to reintroduce Bo to the wild failed, and both are now being kept by national authorities in very poor conditions. The hope is that Bo and Bella will be moved their new home, Sweetwater Sanctuary in Kenya, by March 2018.