CANADA TO BAN KEEPING OF WHALES AND DOLPHINS IN CAPTIVITY

Born Free is delighted by yesterday’s news that the Canadian government has passed a Bill to end the keeping of whales, dolphins and porpoises in captivity.

The Ending the Captivity of Whales and Dolphins Act, also referred to as the Free Willy Bill or Bill S-203, includes a ban on the trade, possession, capture and breeding of all cetacean for entertainment. There are currently 60 captive cetacean in captivity in Canada, including one orca.

Samantha Goddard, Born Free’s Campaigns Captive Wild Animals Officer, said: “Born Free has campaigned against the keeping of whales and dolphins in captivity for over 30 years. We have fully supported Bill S-203 in its progress through Canada’s House of Commons and we are delighted that it will become law.

“This Bill will phase out the cruel and outdated practice of keeping intelligent and far-ranging animals in what can only be described as fish tanks. The suffering captive whales, dolphins and porpoises have surely suffered is unimaginable, but with Bill S-203, the end is now in sight,” Goddard added. 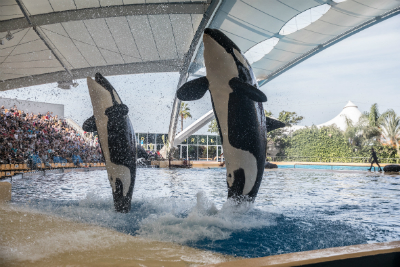