With nearly 100,000 cases of coronavirus currently reported worldwide and in excess of 3,000 deaths, Born Free is calling on the World Health Organisation (WHO), Office International Epizoologie (OIE) and the United Nations Environment Programme (UNEP) to encourage the introduction and enforcement of legislation to close wildlife markets.

Backed by another 236 wildlife protection groups from across the world, including the RSPCA, Species Survival Network, and World Animal Protection, the move comes as the current coronavirus epidemic sweeping across parts of China is believed to have originated in wildlife, and may have been transmitted to people via wildlife markets in the city of Wuhan.

Furthermore, previous global epidemics have also been associated with wildlife markets. Severe Acute Respiratory Syndrome (SARS) which in 2002-2003 resulted in more than 8,000 human cases across 17 countries, and almost 800 deaths, is reported to have spread to humans via wild mammals commonly traded live in Chinese markets. The Ebola virus epidemics in West and Central Africa are also thought to have originated from bats, with primates and other wild mammals believed to be intermediate hosts through which people were infected.

The letter expresses the plea for WHO, OIE, UNEP to urge governments across the world to introduce and enforce legislation to close wildlife markets, particularly those at which trade in live animals is commonplace, and to develop public information campaigns aimed at reducing demand for live wild animals and products derived from them. 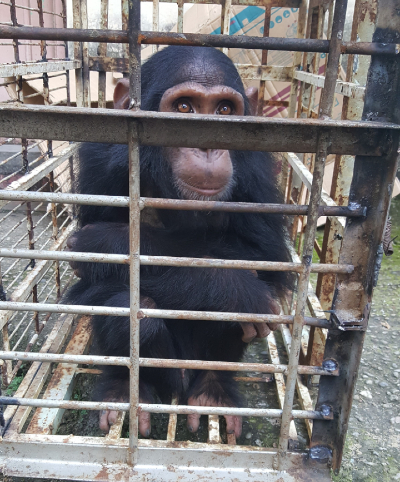 Dr Mark Jones, Head of Policy at Born Free, said: “Markets selling live wild animals are found in many countries. However, rapidly growing human populations, increased access to even the most remote wildlife areas through changes in land use and infrastructure development, greater disposable income, increasing urbanisation, and the changing nature of demand, has resulted in the rapid expansion and commercialisation of such markets, increasing the risks to human and animal health.

“The trade in wild animals to supply restaurants, tourist facilities, the vast and expanding international demand for exotic pets, the traditional medicines trade, and to satisfy many other demands, is also a major contributor to the global decline in wildlife and biodiversity. It has severe negative consequences for the welfare of many millions of individual animals.”