WHAT BREXIT MEANS FOR ANIMAL WELFARE

As Brexit negotiations continue, it’s important to remember one particular constituency that never got to vote in the referendum, but for whom the implications could be profound.

We’re talking of course about animals.

While we British like to think of ourselves as being at the helm when it comes to animal welfare, many of the protections currently afforded to our animals come from Europe. It’s vital for the welfare of animals in the UK that, as a minimum, we retain these protections when we leave the EU.

The Treaty of Lisbon itself recognises that animals are sentient beings, and requires EU Member States to take their welfare into account when formulating and implementing policy. No such overarching recognition exists in the UK’s constitutional arrangements. EU Directives and Regulations also contain vital provisions that help to protect the welfare of wild, companion, farmed and laboratory animals. 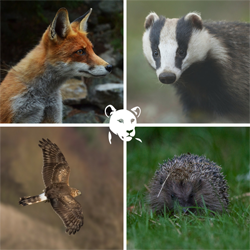 To highlight these issues, Born Free has been working with colleagues across animal welfare charities under the umbrella of Wildlife and Countryside Link, in close collaboration with the Association of Lawyers for Animal Welfare (ALAW), to produce an animal welfare manifesto aimed at policymakers. A short summary version of the document, entitled “Brexit: Getting the Best Deal for Animals”, has now been published, and a more detailed version will be launched in Westminster in November.

At Born Free, we’ll be doing everything we can to ensure that all EU animal protections are fully transposed into UK law. We’ll also be urging or politicians and policymakers to go further, and ensure the UK sets the highest possible welfare standards for all animals as we forge an independent future outside the European Union.

We continue to encourage our supporters to contact their Members of Parliament, urging them to ensure the welfare of all animals is protected and enhanced post-Brexit. Please also send your MP a link to the manifesto.