BARCELONA ZOO TO PHASE OUT MOST BREEDING PROGRAMMES

Born Free has welcomed a recent decision by the City Council of Barcelona to approve an amendment to Barcelona’s animal protection bylaws that prohibits breeding programmes for species that cannot later be released back into their natural habitat.

As part of the decision, the city council will also release £57m (€65m) to update facilities at Barcelona Zoo, part of which date back to 1892.

There are currently around 2,000 individual animals at Barcelona Zoo, representing around 300 species. Many will be transferred to sanctuaries, while the remaining animals will be cared for at the zoo until their death, without breeding.

Currently, 11 species can be reintroduced to the wild. Non-threatened species, including bears, camels, kangaroos and zebras will no longer be bred. For threatened species, such as orangutans, zoo managers will have a year to determine whether captive breeding would bring ‘quantifiable benefits for the conservation and viability of the species’.

Dr Chris Draper, Born Free’s Head of Animal Welfare & Captivity, said: “Born Free offered its support to the campaign to change Barcelona Zoo and applauds the decision by the City Council. Born Free maintains that breeding in zoos without any prospect of release to the wild offers no real conservation benefit, and condemns animals to a prolonged existence within an inappropriate captive environment.” 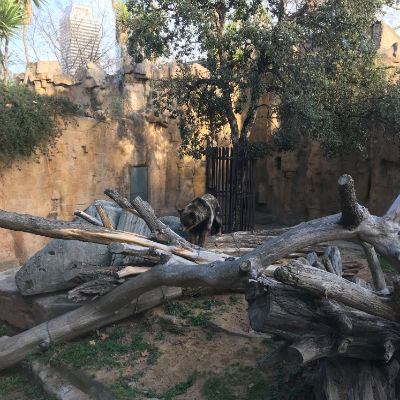