While this represents a reduction in the number of licences for new cull zones compared to previous years, nevertheless as many as 60,000 badgers could be killed in the remainder of 2021 across these and pre-existing zones, bringing the total number slaughtered to more than 200,000 since 2013.

Responding to the news, Born Free’s UK Wildlife Advocate Dominic Dyer said: “The Government has wasted an estimated £70 million of public funds shooting badgers across England from Cornwall to Cumbria, but to date has produced no reliable evidence to prove that this mass destruction of a protected species is having any impact on lowering bovine TB in cattle in or around the cull zones.

“The reduction in the number of new licences this year could indicate a decline in confidence within the farming community over the long-term effectiveness of badger culling. However, the continuation of the mass slaughter of badgers in one of the most nature depleted nations on earth is a national disgrace, which completely undermines Government claims that it wants to be seen as a world leader in wildlife protection or animal welfare.” 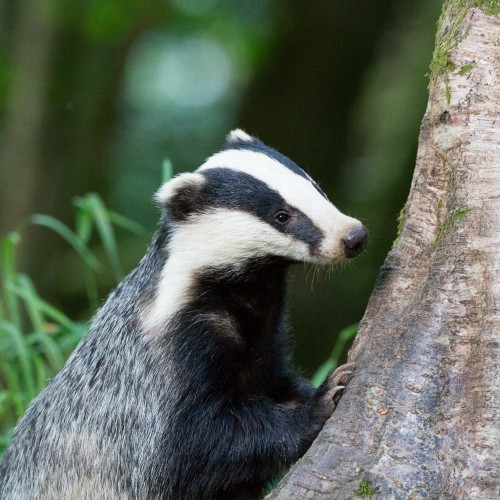 "Current strategy could see badgers being targeted for many years to come."

In spite of indications from Government that it doesn’t want to continue killing badgers indefinitely and that it is seeking an exit strategy from badger culling, its current strategy could see badgers being targeted for many years to come.

Dominic Dyer continued: “Despite the brutal killing of Geronimo the alpaca which has horrified the nation, Defra has yet to produce a response to its calls for views on the introduction of improved TB testing and cattle control measures to lower the spread of the bovine TB and bring a final end to the cruel, costly and ineffective badger cull.

“It’s time to stop playing the badger blame game and focus on controlling the spread of bovine TB in cattle, which is better for farmers, taxpayers and the future of our precious wildlife.”

Born Free has consistently opposed licenced badger culling as part of the Government’s strategy for controlling bovine TB in cattle, on the grounds that it is ineffective, inhumane, unscientific and unnecessary. Alongside Eurogroup for Animals and the Badger Trust, Born Free has submitted a complaint against the UK Government’s badger culling policy at the Convention on the Conservation of European Wildlife and Natural Habitats (Bern Convention), to which the UK Government is a signatory and under which badgers are a protected species.