Born Free is disappointed to learn that more badgers could lose their lives at the hands of licenced paid shooters after the latest legal challenge to the government’s badger cull policy failed.

A Judicial Review, brought by Ecologist Tom Langton with the support of Born Free, the Badger Trust, badger groups around the UK, and hundreds of members of the public who donated via crowdfunding, concluded in the High Court yesterday (15th August).

The Review challenged the legality of ‘supplementary culling’ licences that allow the shooting of badgers to continue in two initial ‘pilot zones’ following the completion of their original four year licence. The Review also questioned whether Natural England, the government’s wildlife licensing agency, had sufficiently evaluated the potential ecological impacts of widespread badger culls on other protected species.

Judge Sir Ross Cranston said that while the government had in some respects been in breach of its duties with respect to the culls, the infringements were insufficiently serious to cancel licences.

Born Free’s Head of Policy, veterinarian Dr Mark Jones, said: “This judgement leaves the door open for the government to grant licences for badgers to be killed almost indefinitely across vast areas of the country, with the only criteria on which they are judged being the number of badgers that are killed.

“After five years of culling in the two ‘pilot zones’, no credible evidence has been produced to attribute any significant reductions in bovine TB among cattle – in fact the disease has continued to spread since licenced badger culling started in 2013. In spite of this, it seems that badgers will continue to be targeted in huge numbers, and may potentially disappear altogether from parts of England where they have resided since the ice age.

“In 2010, the incoming Government promised to implement an ‘evidence-based’ policy of badger culling as part of its strategy to deal with the bovine TB epidemic in cattle. However, there is no evidence on which to base much of its current policy. This inhumane, unscientific and ineffective slaughter of a supposedly protected wild mammal must stop.”

Tom Langton and his team are considering whether to appeal the judgement. Born Free will continue to call on the government and veterinary authorities to abandon its badger culling policy, and focus instead on better cattle testing, stricter cattle movement controls, and improved biosecurity measures, in its efforts to control the spread of bovine TB among cattle. 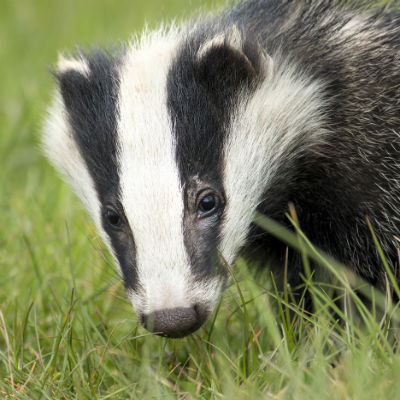