Reacting to today's news that 32,601 badgers were killed across 30 licensed culling zones covering large parts of 10 counties in the west of England, veterinarian Dr Mark Jones, who is Head of Policy at Born Free, said:“This year’s cull brings the total number of badgers slaughtered under the government’s policy since 2013 to almost 67,000. Yet the government has failed to produce a scrap of credible evidence that the slaughter is preventing the spread of TB among cattle.

"In spite of overwhelming evidence that the problem lies with cattle testing and the way cattle farms operate and trade, the government continues to inflict this devastating slaughter on a supposedly protected wild animal, at the behest of cull proponents at the National Farmers Union whose only interest seems to be in deflecting culpability for the bovine TB epidemic away from industry.”

A recent report by Professor Sir Charles Godfray, commissioned by government, indicated that measures to control the spread of disease among cattle were key to tackling the problem, and concluded that it is wrong to over-emphasise the role of wildlife in the spread of the disease. The latest figures from the initial cull areas, in which badgers have been targeted for six consecutive years, suggest that incidents of bovine TB in cattle are either static or rising, indicating that the badger culls are failing to reduce the spread of disease. 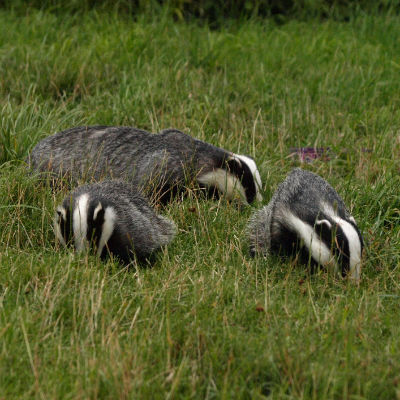 Dr Jones added: “Of the badgers slaughtered this year, almost two thirds were killed by ‘controlled shooting’, a method rejected on welfare grounds by both the government’s own Independent Expert Panel and the British Veterinary Association. Just 89 of these controlled shooting events were monitored by Natural England, indicating a woefully inadequate level of oversight of the paid shooters. In spite of this, Natural England’s Chief Scientist has the audacity to suggest that the humaneness of the culls is acceptable, and DEFRA's Chief Vet has advised that the culls should continue. Their apparent lack of consideration for animal welfare concerns, and the lack of evidence for the efficacy of the culls, truly beggars belief. This unscientific, ineffective, inhumane and unnecessary slaughter of one of our few remaining wild mammals must end.”

Born Free will continue to campaign for an end to the culls, and for a focus on increasing the sensitivity of cattle testing, restricting cattle movements, and improving biosecurity measures on farms to prevent the spread of infection between cattle.