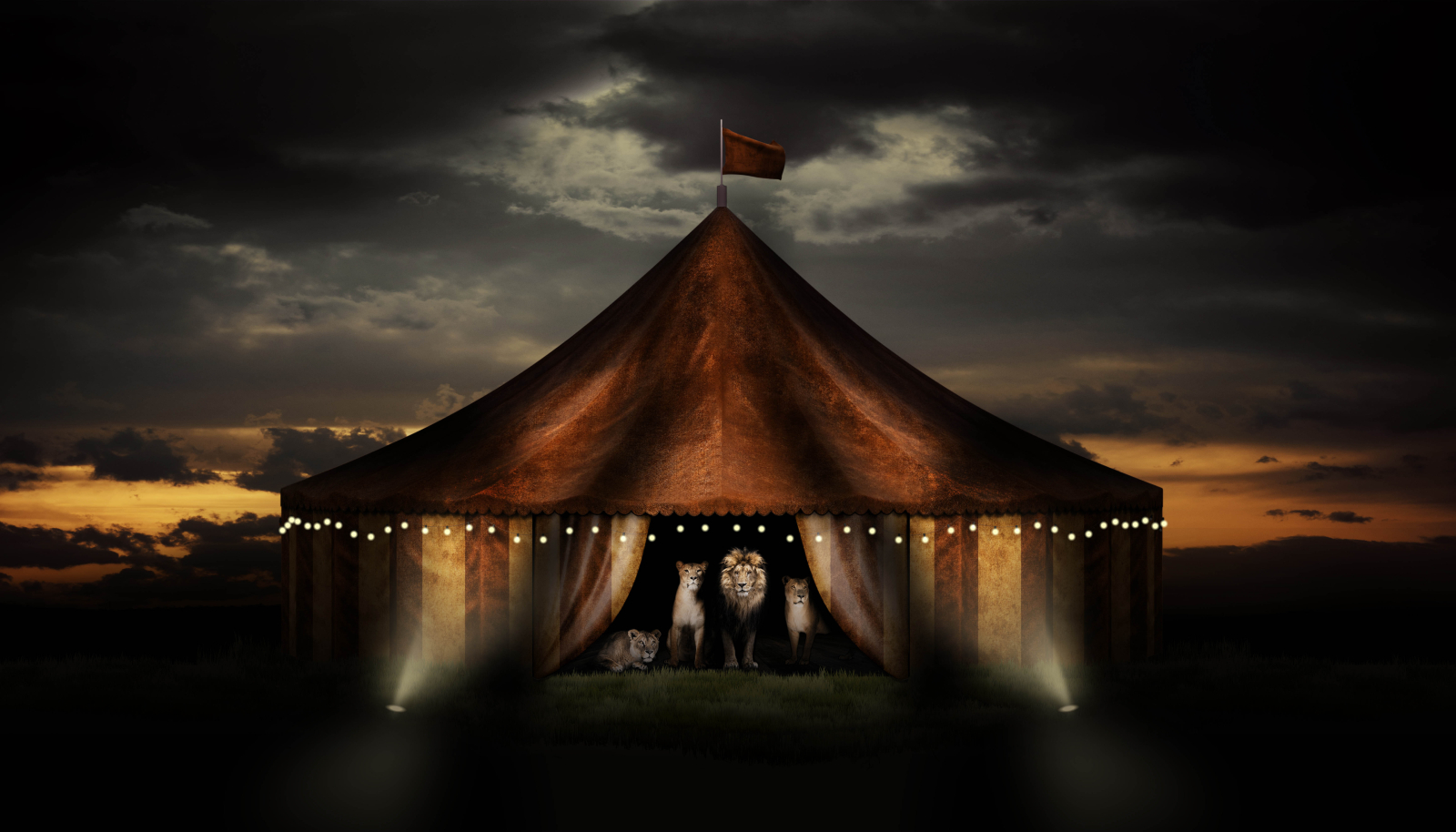 Born Free is today calling on the French government to say “au revoir” to the use of wild animals in circuses. This comes after Born Free is set to rehome another four lions rescued from a world of abusive entertainment.

Angela, Bellone, Louga and Saïda are four lions who have all shared a miserable existence. They were born in France and sold from one circus to another at just a month old before spending their entire lives travelling and performing. Louga was even castrated to make him easier to handle. Thankfully, the show is over for these four: they were surrendered by the owner of the circus after Louga attacked him. Now, they are in a safe temporary home near to Lyon, and Born Free hopes to relocate all four big cats to its sanctuary at Shamwari Private Game Reserve in South Africa to live out the rest of their days in a spacious and safe environment, free from harm.

Unfortunately, many thousands of wild animals are exploited in circuses worldwide. And not just lions. Elephants, tigers, zebras, bears, monkeys and even hippos – to name just a few – are denied their wild nature so that humans can pay to watch them jump through hoops, balance on balls or ride on bicycles. When not in the ring, they are kept in small, barren beastwagons, or they are on the road.

Unbelievably, only 31 countries have banned the use of wild animals in circuses. In many parts of the world this outdated show goes on, with France estimated to currently have a shocking 150+ circuses that count wild animals among their acts.

A government decision on what to do about wild animals in circuses has been expected for many months, with a ministerial announcement being pushed back repeatedly.

Born Free has already rehomed several lions with links to the circus industry from France to South Africa, but the charity says that the answer to the problem does not lie just in rescuing animals.

“There are so many wild animals remaining in French circuses,” explains Dr Chris Draper, Head of Animal Welfare & Captivity at Born Free. “To allow this situation to continue would not only permit their ongoing suffering, but also feed an illegal trade in wild animals such as big cats in circuses being bred and sold as exotic pets. Born Free and our partner organisations can only do so much – we need the French government to take decisive and complete action to introduce a ban.”

Born Free has today launched a campaign to raise funds for the relocation of Angela, Bellone, Louga and Saïda to Born Free’s big cat sanctuary in South Africa.

GOODBYE TO THE CIRCUS CAMPAIGN