Environment Secretary Michael Gove has published a draft Animal Welfare (Sentencing and Recognition of Sentience) Bill, on which comments are invited through a public consultation which ends on 31st January 2018.

This is your opportunity to make your voice heard on this vital issue.

During the seemingly endless Brexit debates in the latter part of 2017, the issue of animal sentience and how protections afforded by European Treaties might be implemented into UK law once we leave the European Union has become an important talking point.

Responding to public concerns, Mr Gove published a Written Ministerial Statement in November, promising that animal sentience would be recognised in UK law, and that the Government was committed to promoting and enhancing animal welfare. The draft Bill quickly followed.

The Bill contains very broad definitions of what it means by ‘sentience’ and ‘animals’. In essence, it proposes to:

Require Ministers to ‘have regard for’ the welfare needs of animals as sentient beings in formulating and implementing government policy; and

Increase the maximum sentences for certain offences under the Animal Welfare Act (2006) to five years in prison.

We welcome the Bill, although we will be asking the government to strengthen it by:

Requiring Ministers ‘and other relevant public bodies’ to ‘pay full regard to’ the welfare needs of animals;

Extending the proposed maximum sentences to Section 9 of the Animal Welfare Act 2006, which requires persons responsible for animals to ensure their needs are met; and

Calling for appropriate independent mechanisms to ensure Ministers uphold the requirements in the Bill and can be held to account. 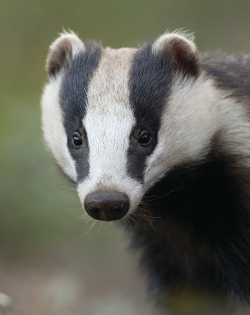