“I have a deep affection for them,” Motuma explains. “This comes from spending a lot of time watching them in their family units and learning about the threats they face in the sanctuary.”

Elephants are under pressure at Babile. The population there has been declining for many years. It faces severe threats from poaching, as well as habitat destruction. However, thanks to people like Motuma, there have been some notable achievements.

“Within two years, the project implemented 52 patrols and counted 20 elephant carcasses, 12 of which were attributed to poaching. This is a significant reduction from 100 elephants poached between 2012 and 2013,” Motuma says.

“I will never forget when we arrested a poacher in February 2017 following a well organised operation by the army, key informers and our anti-poaching rangers. I was part of the operation. The poacher was sentenced to two years and three months in jail,” he adds. The prosecution led to a seven-month period where no elephants were poached inside the sanctuary.

Chilli pepper fencing to stop elephants raiding crops has also proved successful, Motuma explains. “Our chilli fence project has started in three Kebeles [neighbourhoods] prone to elephant crop-raiding. Community members were taught about the importance of these fences and trained how to construct them along elephant routes. 4.7km of elephant route has been fenced to protect fields of farmer’s crop. Villagers were very happy and appreciated the intervention especially when they saw how well the elephants were repelled from farms and homesteads thanks to the fence.”

Motuma is a wildlife hero because he never gives up, says Born Free’s Head of Conservation, Dr Liz Greengrass: “Despite the challenges faced by the sanctuary and those that work there – civil conflict, illegal settlement, poaching and human-elephant conflict – Motuma is passionate about protecting this elephant population. He has a coherent understanding of the threats facing them, and the approaches required to tackle them. He is a true elephant ambassador.”

Virginia McKenna OBE, Born Free's Co-Founder and Trustee, adds: “Protecting elephants and all animals in the wild is not a job, it is a calling – a passion. Motuma is a perfect example of this – facing danger, grieving over slaughtered elephants but never losing his selfless commitment. An unsung hero indeed.” 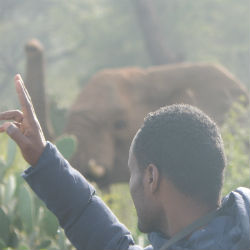 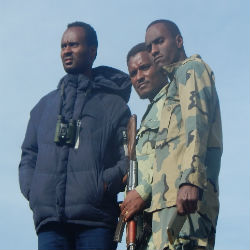 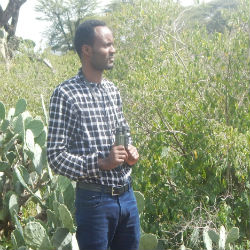