Born Free Patron and celebrity auctioneer James Lewis pulled out all the stops for a world record-breaking 24-hour charity auction and gala evening in Derbyshire.

The epic event commenced at 6.30pm on Friday 21st June, and saw bidding on over 1,000 lots, at Bamfords Auctioneers in Bakewell. The auction continued for 24 hours, and saw James become the new Guinness World Record holder for longest auction by a solo auctioneer!

As the action drew to a close on Saturday evening, James joined over 100 guests at Holme Hall, for Out of Africa – the auction finale and celebration. The event was attended by a number of Born Free Patrons including Rula Lenska, wildlife artist Gary Hodges, actor John Altman and actor and conservationist Dan Richardson.

Out of Africa opened with a procession of African dancers and drummers, joined by life-sized elephant puppet Oona – star of Michael Morpurgo’s Running Wild. Born Free Co-Founder Virginia McKenna OBE welcomed guests and thanked everyone for their support, before James got back behind the rostrum and continued with the final auction items, despite his voice being almost gone!

Children from S. Anselm’s School gave a special performance of songs from the Lion King. In the months leading up to the auction, James and his team had also been involved with a range of fundraising initiatives with the school. Through activities including a sponsored walk, ice cream stalls, bake sales, and even a sponsored head-shave, staff and students raised a staggering £15,000, which will be combined with the funds raised through the auction.

At the end of the night, an estimated £100K had been donated, with the final amount still to be confirmed. This incredible total will help fund lifetime care for the Lions of Lyon and support Born Free’s ongoing rescue work.

Born Free’s Events Manager, Joanne Bartholomew said: “We are absolutely in awe of the incredible James Lewis and his team, who made this event possible. To have raised almost £100k is just tremendous, and testament to the hard work and dedication by James, his colleagues at Bamfords, and the students, staff and parents from S. Anselm’s School. We are so grateful to everyone who has been involved with Out of Africa and I’d also like to congratulate James on his Guinness World Record!” 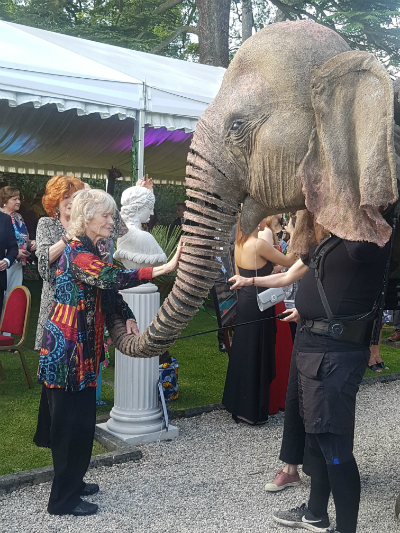 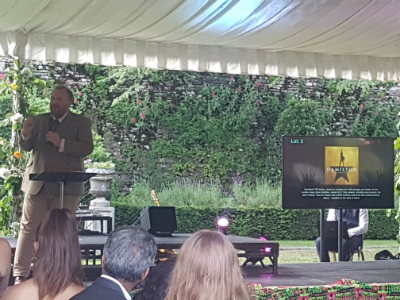 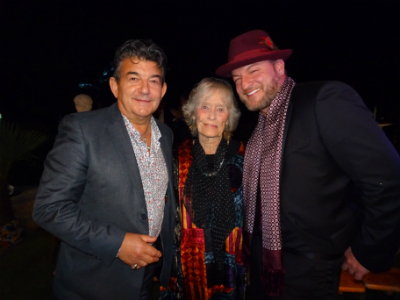