From rescuing abandoned dogs in Romania, to rehoming a lion cub in South Africa, actor and Born Free Patron Dan Richardson is a compassionate voice for animals everywhere.

Dan only became a Patron for Born Free in 2016, but he has a lifelong love of animals and an unrivalled dedication and commitment to Keep Wildlife in the Wild.

“My position as an actor with a public profile, albeit a relatively small one, affords me the great privilege of being able to get actively and directly involved with more conservation projects than might otherwise be possible,” Dan says. “As long as there's cruelty and exploitation being inflicted on animals, I will be motivated to do everything I can to end it.”

In July 2018, Dan was a member of the Born Free team who relocated King the lion cub from his temporary home in Belgium to its big cat sanctuary in South Africa.

“King became a bit of a Born Free poster boy because the details of his tragic start in life affected us all so deeply,” Dan explains. “The international collaboration that followed in conjunction with Natuurhulpcentrum in Belgium, Kenya Airways, Shamwari Private Game Reserve and others, is exemplary of how Born Free can operate and get the job done in the most complex and challenging circumstances.”

“For me, to have the unbelievable honour of being part of King's journey to his ancestral home in South Africa and to watch him emerge from his travel crate and take his first steps on grass in the African sunshine was nothing short of life-changing,” he adds.

Beyond Born Free, Dan is also a Patron of Voice For Asian Elephants Society and Naturewatch Foundation, as well as an Ambassador for the International Aid for the Protection & Welfare of Animals and Angels For The Innocent Foundation.

Dan is a wildlife hero, believes Born Free’s Co-Founder & Trustee Virginia McKenna OBE. “It is inspiring to see the genuine commitment he feels towards all animals,” Virginia says. “How lucky Born Free is to count him as a friend and campaigner.”

Dan adds: “I know there are a huge number of people who share my passion for the cause. The only difference between them and me is that I'm in the public eye. They are just as much a hero as me or anyone else and, more importantly, without them and their continued efforts, we couldn't do this. So, from the bottom of my heart, I thank each and every one of those people.” 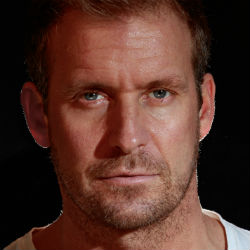 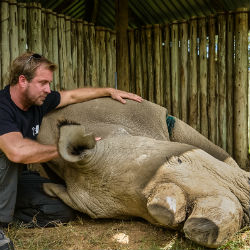 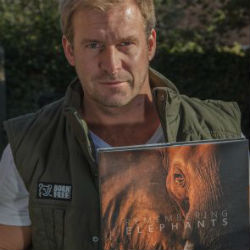