A large number of travelling circuses with wild animals still tour in Europe. The animals subjected to a life on the road include elephants, tigers, lions, bears, monkeys, hippopotamus, rhinoceros and many more. They are transported over large distances and often confined to small travelling cages or beastwagons.

Although some European countries have bans or partial bans on the use of wild animals in circuses, countries such as France and Germany still have no legislation that would prevent this practice. Even where legislation exists, the itinerant nature of circuses makes it extremely difficult to ensure compliance. Voluntary circus industry guidelines have been in existence for many years, yet these seem to have done very little to ensure the welfare of wild animals in circuses.

There is strong and growing public opposition against the use of wild animals in European circuses. 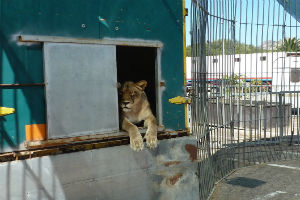 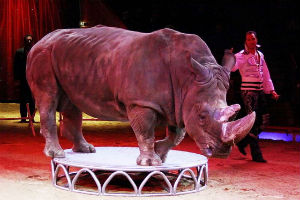 CAMPAIGNING FOR AN END TO WILD ANIMAL CIRCUSES IN EUROPE

Born Free works to ensure that countries and regions across Europe move towards ending the use of wild animals in circuses.

We have rescued and rehomed individual animals from European circuses, providing them lifetime sanctuary care. 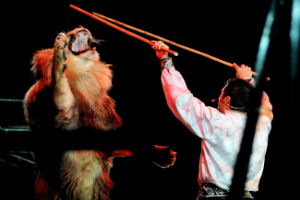