Virginia McKenna OBE and Bill Travers MBE co-founded The Born Free Foundation, along with their eldest son Will Travers OBE, in 1984.

The couple were well known for starring as conservationists Joy and George Adamson in the 1966 film Born Free, telling the iconic story of orphaned lioness Elsa, who was successfully rehabilitated and returned to the wild. The role transformed the direction of both of their lives and careers, and helped spark a lifelong mission to protect wild animals and Keep Wildlife in the Wild.

Bill and Virginia were deeply moved by the plight of Pole Pole, the elephant – who appeared alongside them in the 1969 film An Elephant Called Slowly – who was later gifted to London Zoo by the Kenyan government following filming, and sadly died in captivity before she was able to be taken to a sanctuary. This event, along with their deep-rooted love for wildlife and nature sparked when filming Born Free, led to them setting up our charity.

Today, Virginia is still actively involved with Born Free and serves as a Trustee. 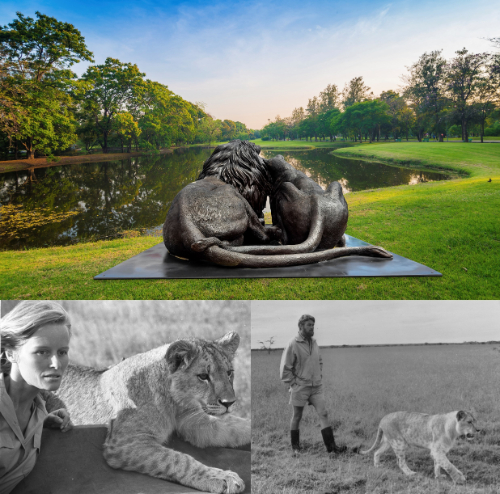