Cora the lioness was born and raised in captivity and suffers from some ongoing health problems which could be due to the poor nutrition and cramped conditions she endured for many years. Because of a severe vitamin A deficiency, Cora walks heavily on her front legs and needs to be regularly monitored.

Believed to be around 15 years old, Born Free was alerted to her plight in December 2016, when the Pena Escrita Zoo in Almunecar, southern Spain, closed due to bankruptcy and concerns about animal welfare.

Cora and her lifelong companion, another lioness named Alpha, were collected from Spain, and brought to safety at a temporary home in Belgium called Natuurhulpcentrum wildlife rescue centre (NHC). The NHC team worked with Dutch animal rights organisation Stichting AAP to collect them from the facility, overseen by Spanish animal charity FAADA.

Whilst the lionesses were cared for in Belgium, Born Free constructed a spacious new enclosure for them in South Africa at the Panthera Africa Big Cat Sanctuary, funded by Born Free’s partner, British Airways Holidays as part of their long-term commitment to animal welfare. In November 2019, they made the journey from their temporary home at NHC to the new Born Free Rescue Section at the sanctuary, 140kms from Cape Town. Their journey was supported by IAG Cargo who provided the lionesses’ flights.

The journey went smoothly and Alpha and Cora were released into their new enclosure where they are able to enjoy the sunshine and new space they have in their ancestral home. Alpha and Cora have lived their lives in captivity and will sadly never be able to be released into the wild, but at Panthera Africa Big Cat Sanctuary they will be given expert care. Cora has become relaxed in her new surroundings and is enjoying the sunshine and peace and quiet. She loves spending time with Alpha and they have a very close relationship. 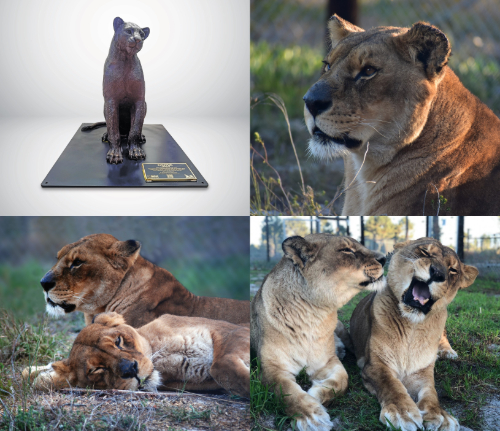