TEACHING THE NEXT GENERATION ABOUT LEOPARDS

The leopard is a graceful animal with an elongated body, relatively short legs and a long tail. It is the second-largest African cat after the lion with an average body mass of between 60kg and 70kg and standing at about 60cms tall at the shoulder. Leopards can live up to 15 years in the wild and up to 25 years in captivity. Unlike a lion, the leopard is a silent creature, only occasionally emitting a cough-like call.

On International Leopard Day (3rd May) we visited Hendrik Kanise School, near Born Free’s two big cat rescue centres at Shamwari Private Game Reserve, to teach the pupils there about these magnificent creatures.

Born Free South Africa’s Education Officer, Sidney Clay, told the pupils about different kinds of leopards, their hunting techniques and behaviour, and why they are one of the Big Five. He also carefully explained to the pupils the difference between leopards and cheetahs because, in most cases, pupils struggle to identify between the two. 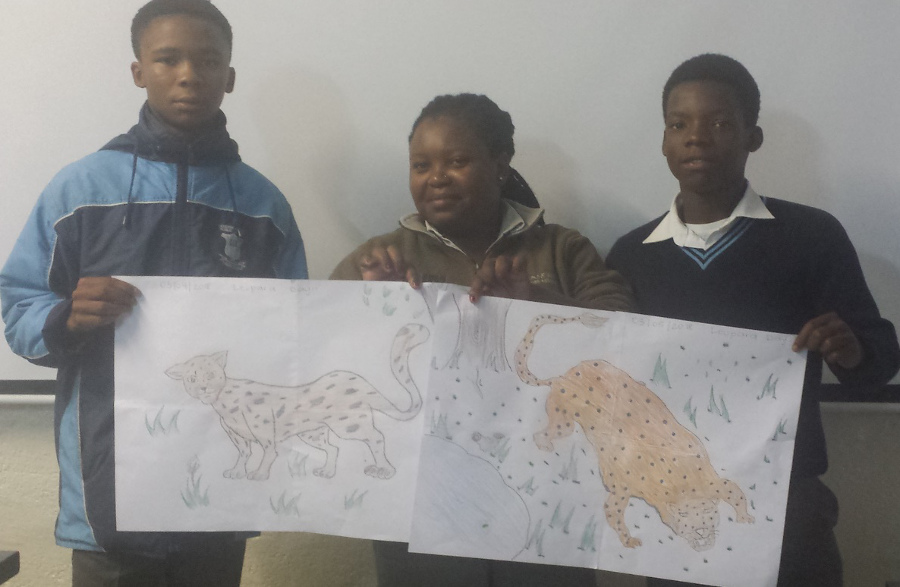 We also got the children to draw a picture of a leopard. The pictures really show the understanding of the children in keeping wildlife in its natural environment.

We are really happy about the work we’ve done so far, and we aim to do more.

Find out more about leopards and how Born Free is working to protect and conserve them here.