STRESS, BOREDOM AND EXPLOITATION: LIFE FOR WILD ANIMALS IN THE TRAVELLING CIRCUS 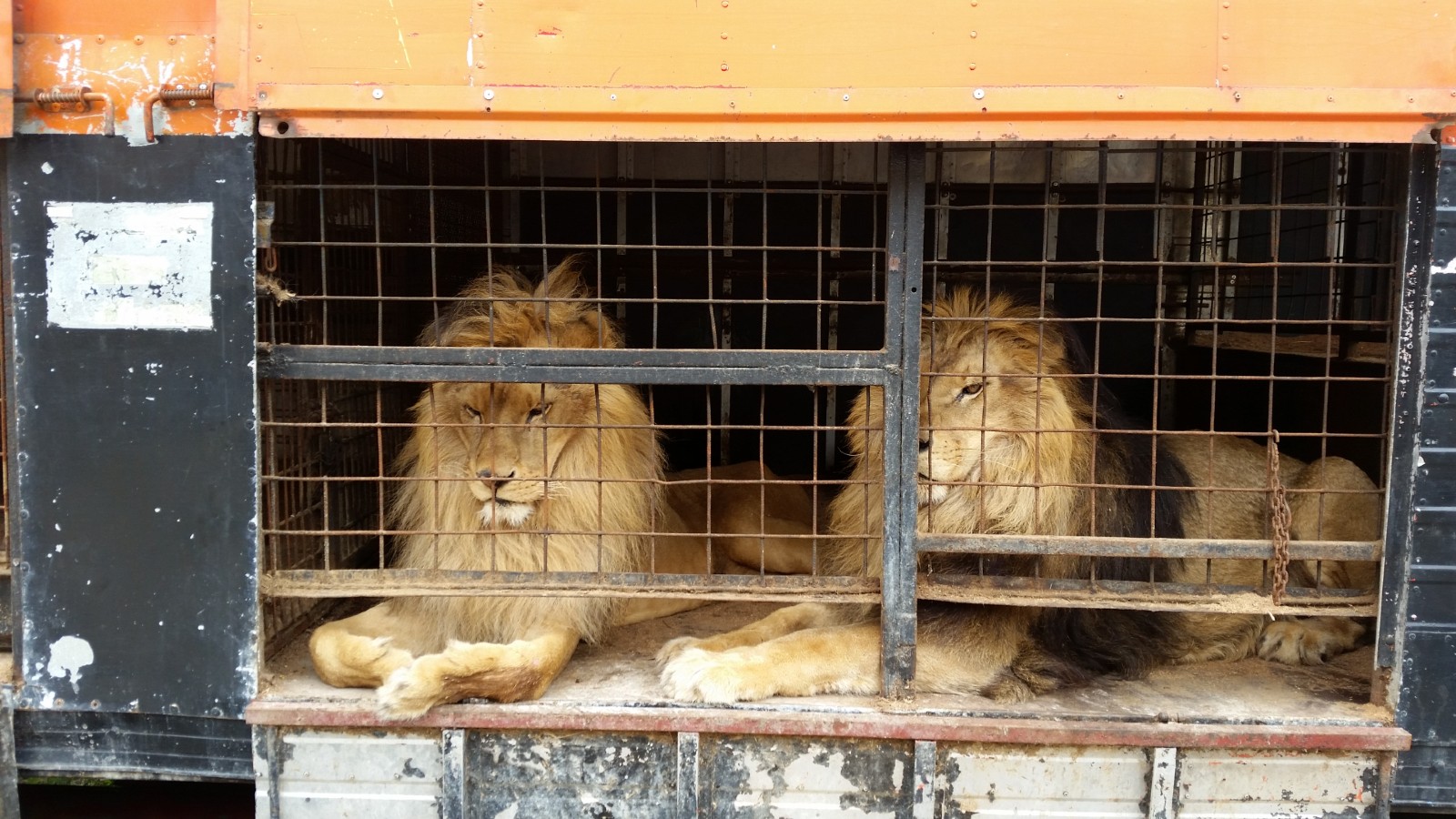 When asked to picture life in a circus for wild animals, it is easy to conjure images of the ringmaster with a whip, forcing snarling big cats to jump through flaming hoops. While such activities are certainly a feature of some circus shows, and undoubtedly highly stressful and based on cruelty, some people may be unaware that performance is in fact a very small part of life for animals in the circus: perhaps 1-9% of their time is spent in performance and training. The remainder of each 24 hour period is spent confined in their beastwagons or so-called exercise pens – pitifully small, temporary areas that might permit the animals to take a few steps. Animal enclosures in circuses are limited to what can be easily put up, dismantled and moved by road. As a result, a great many animals live most of their lives in their travelling vehicles.

Animals in circuses are housed cheek-by-jowl, predators next to prey, solitary species in constant enforced proximity to others. There is little or no concession to comfort or natural behaviour: flooring of beastwagons is bare as the priority is ease of cleaning. And then the circus hits the road every week or two: while some animals may become partially accustomed to road transport, there seems little doubt that regular travel, with its unpredictable movement, noises and hours of close confinement, is hugely stressful.

Overall, it is abundantly clear that a travelling circus cannot match the living standards for animals that even the most basic zoo can muster.
And what is it all for? A few moments of uninspiring entertainment for dwindling audiences, featuring harassed and bored animals performing familiar, tawdry routines. Circuses with wild animals send entirely the wrong message to our younger generation. They are a relic of a different time, and even historically the use of animals in this way was not without controversy: a British law dating from 1925 attempted to at least regulate the use of performing animals in response to concerns about animals’ welfare and safety.

While we have finally seen progress in the UK, with bans in place in England and Scotland and forthcoming in Wales, it is disappointing that wild animals still remain a feature of travelling circuses in several developed countries, including the USA, Germany, France and Spain.

Born Free knows that life in a circuses is stressful, boring and exploitative for wild animals, and we are determined that the use of wild animals in this way must come to an end wherever it takes place in the world.

GOODBYE TO THE CIRCUS     TAKE ACTION