Social media has a powerful part to play in compelling the world to engage in conservation, says Born Free’s Sarah Locke

The global growth of social media is undoubtedly fuelling citizen science and citizen journalism. Discoveries being made in the depths of the Amazon can be told live, to the other side of the world.

These platforms allow free speech, essentially free actions and activities that previously took place in a face to face can now be broadcast from the sofa.

Out of a global population of 7.7 billion people, three billion actively used social media users in 2017. Broadcast from a myriad sites that now reach beyond Facebook, Twitter or Snapchat, social media is a force to be reckoned with.

The internet is our largest marketplace and around 50% of US citizens have used their smartphone to make online purchases. What’s to stop a consumer, on a whim, deciding to buy a tortoise if a seemingly innocent advertisement pops up?

A 2015 TRAFFIC report showed that the illegal wildlife trade had shifted from online shops to social networks, which provide anonymity to evade detection for users who don’t even have to be in the presence of the animal. When exposed, new websites are created, activities are simply moved to other platforms and code words are employed. 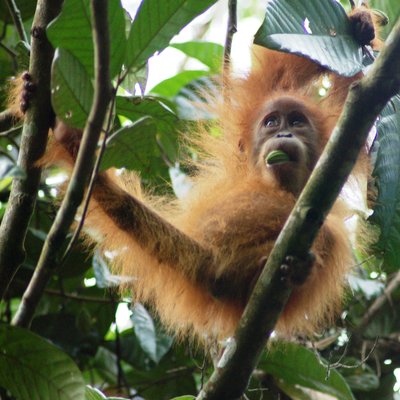 Far beyond ivory and skins, brazen trade in live animals like big cats, reptiles, birds, monkeys and even apes is not so difficult to find. Stories of high profile species like the seizures of orangutans capture the headlines, but the plight of lesser known species like Indian Star tortoises, of whom, 6,040 were seized globally in 2017, fly under the radar.

The affiliation between organised crime syndicates such as drugs and human trafficking with wildlife crime is no secret. Therefore, cohesive working across all stakeholders and influencers, technology companies, social networking sites, enforcement agencies, is absolutely essential.

Yet, social media also has a powerful part to play in compelling the world to engage in conservation. It humanises work that often takes place in remote locations and a two minute video can bring to life the important work of, for example, Poonam Dhanwatey, Co-Founder of our partners the Tiger Research and Conservation Trust, as she explains the benefits of our funding on human-wildlife conflict mitigation.

It’s no exaggeration to suggest individual lives can be transformed through social media either. The lion cub King was rescued last year only when his owner posted footage of him trapped in a Paris apartment. Compassionate users alerted authorities.

Stories celebrating success can immortalise the importance of conservation today. They can be harnessed to incentivise and encourage a narrative based on hope, rather than despair, which provides tangible results – there’s always time to make transformative change.

Ultimately, social media is shaped by us all, the consumers. Taking a united voice against sites that tolerate, or even celebrate, animal exploitation can force them to take responsibility. If, when you are on eBay, Instagram, Pinterest, Facebook or Twitter, you see an image or advertisement that doesn’t feel right – report it and don’t post #SelfishSelfies holding animals that should be in the wild – it only encourages others, sustains the captive industry and fuels the illegal trade.

Remember, together our actions have the capability to reach far beyond a hashtag.