I have worked at Born Free for nearly 13 years and, whilst I may be desk-based at our head office in West Sussex, via your reports, photos and videos, I’ve witnessed captive animal suffering and welfare problems taking place all over the world.

Born Free has received tens of thousands of public reports concerning wild animals in captivity; poor conditions in zoos, abuse in elephant camps, exploitation in circuses and dolphinaria and much more.

The suffering is clearly a massive problem on a global scale.

We are committed to preventing captive animal suffering and your reports have helped us to identify the multitude of issues and take action, where possible, to try to help the individual animals involved. But we want to do more to raise awareness and empower people to speak out.

We recently connected with award-winning photojournalist Aaron Gekoski, who was looking to develop an online tool that allowed people to share their reports about captive animals and highlight the many welfare problems involved. Naturally, this was a perfect fit with Born Free, so we have relaunched our existing reporting system with a fresh look and name. 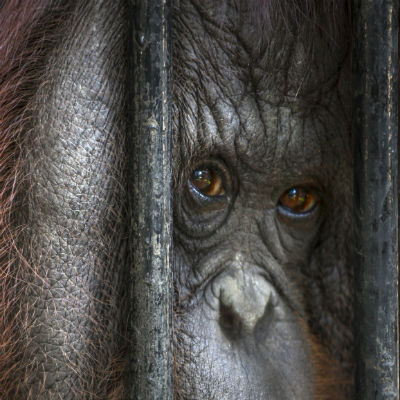 Raise the Red Flag provides the tools to report eyewitness concerns, share information and give advice on how we can all do something positive to help captive animals. We’re also opening up our reports to the public, with an interactive map highlighting many of the reports we have received.

Some of your reports have resulted in the rescue or rehoming of captive animals, such as Simon the young, orphaned chimpanzee kept as a pet in Guinea-Bissau and currently awaiting the export/import permits to move him to a chimp sanctuary in Kenya. Although it’s not possible for Born Free to rescue every animal we hear about, every single report we receive counts and provides us with vital information.

Thanks to your reports we have been able to help many animals, either by informing the relevant authorities of concerns or sending detailed reports, often using your photographs as evidence, or calling for inspections and improvements and for policy or legislation change. We also carry out our own further investigations and visit zoos, dolphinaria, circuses and numerous other captive facilities and locations.

Every one of us has a part to play in making the world a better place for wild animals in captivity. Have you seen elephants in chains, dolphins jumping through hoops, lion cubs being used as photographic props, bears pacing back and forth in a barren cage or visitors tormenting meerkats at a local zoo? If so, we want to hear from you.