In November, Paris banned the use of wild animals in travelling circuses. Born Free’s Tricia Holford reflects on the lions rescued by Born Free from European circuses who now live at our big cat sanctuary in South Africa. 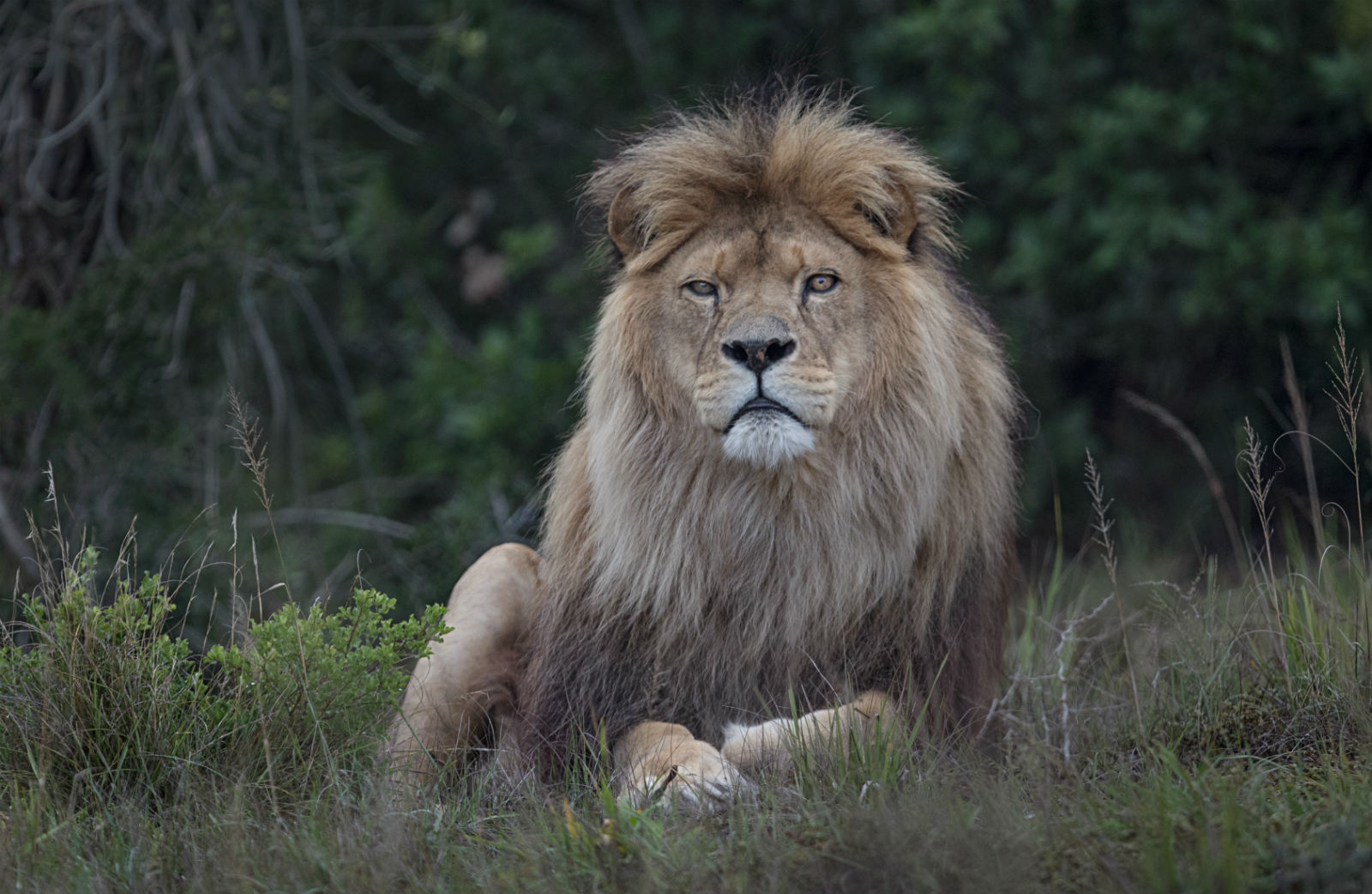 On 15th November 2019, Paris joined around 65 municipalities in France to ban the use of wild animals in travelling circuses. The ban will come into force in 2020.

This is a much-welcomed move, but it sadly still leaves hundreds of wild animals being hauled around France in small trailers that often double up as their living quarters. Most are lions, but there are also tigers, elephants, baboons, macaques, snakes, parrots, camels, bears, ostriches and zebras – and even two hippos.

To date, Born Free has rescued 10 lions that have toured with, or most likely been born into, circuses and then sold on. They are living at Born Free’s big cat sanctuary in Shamwari Private Game Reserve, South Africa. They all have sad stories. ‘Rescued from a life of suffering’ sounds a cliché, but it is true.

Four of these are the Lions of Lyon – Horus, Dadou, Cersei and Thea. All rescued from France, we don’t know where they originally came from, but it is thought they could have been traded as surplus from the circus industry. Taken from their mothers too soon, they were sold as pets, but are now living a life free from harm in our care.

Brutus was confiscated from Cirque Vitalis, a circus in France, where he lived in a two-metre cage. He was rehabilitated at Le Refuge de l’Arche, in France, before arriving at our big cat sanctuary in 2008.

Jora and Black have their own grim experience of the circus. We were asked to help them by the Bulgarian government who had confiscated these two lions after the country’s ban on wild animals in travelling circuses had come into force. The brothers had been living in a barren circus trailer.The end of Black’s tail was damaged by Jora sucking it compulsively, a stereotype behaviour brought on perhaps by the lack of anything to do in the trailer. The damage was so extensive that the end of his tail needed amputating on arrival at Shamwari.

To me, Shada, who is no longer with us, seemed among the most scarred by her experience. Declawed as a cub – a brutal practice the equivalent of having our fingertips amputated – she was terrified of people. We saw her for the first time in her circus trailer as she tried to climb the walls of her cage, in frantic, futile efforts to escape, and then cringed on the floor at the back of the cage, as if trying to make herself as small as possible. With nowhere to hide, it was pitiful.

Shada arrived at Shamwari in 2006.There, with space and privacy, she had the chance to relax mentally, maybe for the first time in her life. She was often to be seen lying out the open, yet close to the dense bushes that cloaked the top of the hill in her enclosure. She felt secure perhaps, that she could melt in the undergrowth and remain hidden if she wished. Shada was euthanased in January last year, aged 20, due to an age-related illness and it is a comfort to me that we could give her comfort for the last 12 years of her life.

Sanctuaries like ours have transformed the lives of the big cats we have been able to rescue. Their rescue and relocation are also vital in highlighting their story. However, there are more cats to help and Wwe have been asked to help with more relocations of lions from circuses in 2020 – so watch this space.