Pangolins are the world’s most trafficked mammals. With high levels of hunting and poaching for the illicit trade in their meat and scales, there has been a dramatic decrease in African and Asian pangolin populations in the last 15 years. In Asia their meat is a prized dish, and their scales are used in traditional medicines across Asia and parts of Africa.

In his book Pangolins – Scales of Injustice, Richard Peirce examines why pangolins are in such demand, the threats they face, their possible link to the coronavirus pandemic and acknowledges the valiant efforts of those trying to learn more about this little-known mammal and rescue them from exploitation. He does this by telling the story of an undercover operation to rescue one particular pangolin poached in Zimbabwe and transported live to South Africa, and follows its subsequent rehabilitation, from near death, back to the wild.

Peirce said: “(The) men and women on the armed frontline of the battle to save pangolins are not only brave, they are largely unsung heroes. I hope that this book goes some way towards thanking them for what they do and acknowledging their efforts. The quiet, dedicated determination shown day after day, week after week by the pangolin carers, veterinary and otherwise, matches the work of the sting and enforcement teams, and together they represent a chance for these beleaguered animals.”

With as many as 200,000 pangolins being killed each year for their meat and scales by poachers and traffickers, bold action is urgently needed to secure a future for these unassuming, fascinating and unusual mammals. Richard Peirce’s book brings the plight of pangolins to the public through the eyes of those on the front line of efforts to save them from extinction. It’s a must-read for anyone who cares about our relationship with wild animals.

A free sample chapter of this fascinating book can be read now.

The full e-book can be purchased from Amazon, and a donation from each book sold will help Born Free’s work to save the pangolin. 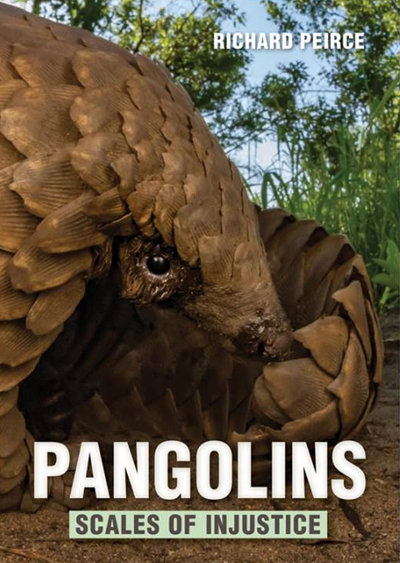