BORN FREE AT IWT: DAY ONE

Born Free is at the Illegal Wildlife Trade Conference 2018 in London – a two-day conference that has brought together more than 80 countries to tackle the £17bn a year illegal trade in wildlife.

The conference was opened by HRH the Duke of Cambridge who told delegates it was “time to treat the illegal wildlife trade as the serious organised crime that it is”.

Warning that rhinos and elephants could be extinct in the wild when his children are in their 20s, he added: “I for one am not willing to look my children in the eye and say that we were the generation that let this happen on our watch.”

A Wildlife Financial Taskforce was launched to target wildlife traffickers and criminal gangs. The £3.5m UK aid-funded project, which includes high-level representatives from 21 international financial institutions will launch investigations, seize assets and train law enforcement in east and southern African countries. The government claims it will be the largest-known project of its kind to crack down on financial crimes associated with the illegal wildlife trade.

Some £900K of new funding was also announced to develop a new British military counter-poaching taskforce. Operatives will be deployed to train African park rangers in more effective and safer counter-poaching techniques. The taskforce will aim to reduce the number of poaching incidents by catching poachers and bringing them to justice.

Howard Jones, Born Free’s CEO, who is attending the conference, said: “It’s an extraordinary opportunity to make progress and to form a common purpose against an activity that is simply inhuman.  This gathering has the right people, the right thinking and the right moment - we must ensure that, here, right now, we make the agreements and commitments to take us beyond the end of this week - and into a new era that protects our common future.” 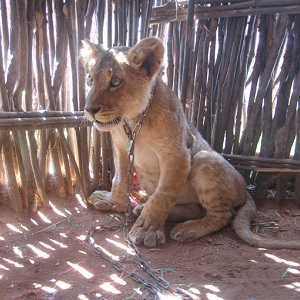