Born Free’s Policy Advisor, Dominic Dyer, has campaigned for years for marine animal protection. In this blog he explains why the slaughter of dolphins in The Faroe Islands should be consigned to history.

We've launched a petition to suspend trade agreement with The Faroe Islands until all whale and dolphin hunts end.

Rising out of the North Atlantic like some mystical forgotten world which belongs in Lord of the Rings, the Faroe Islands are an incredibly beautiful but unforgiving archipelago 200 miles to the Northwest of Scotland.

The Faroes would be an isolated and largely overlooked part of the world, but for one hugely controversial issue, which is its long tradition of killing large numbers of whales and dolphins around its coastline, which is known as the Grind.

Whaling in the Faroes has a very long history and probably goes back around 800 years when the first Norse settlements were established on the Islands. In view of the rocky landscape and poor soil, vegetable crops do not grow well on the Faroes and for many centuries the Islanders relied on sheep meat, pilot whale meat, fish, and sea birds to survive.
However today the Faroes has some of the highest levels of employment and income per head of any country in Scandinavia or Europe and the islanders have access to the same huge variety of foods in their supermarkets as can be found across Europe.

Whale and dolphin meat is still consumed for traditional reasons by some islanders but in very small amounts compared to the past, not least because of rising concerns about high levels of mercury which have led the Faroese Government to put in place strict health guidelines on its consumption.

There is little resistance to whaling and the killing of dolphins on animal welfare grounds from within the Faroe Islands, in fact many Faroese people believe the outside world are being hugely hypocritical in condemning the cruelty of the Grind, when they consume intensively produced meat products from slaughterhouses. 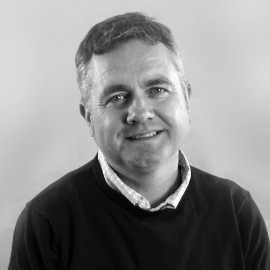 "This is an issue I have followed closely and commented on in articles and media over the years as part of my campaign work on whales and marine mammal protection."

Sea Shepherd the direct-action marine protection organisation led by Paul Watson has campaigned against the slaughter of pilot whales and dolphins in the Faroe Islands since 1983, but in recent years has deployed increasing numbers of monitors and vessels to capture the brutality and horror of hundreds of pilot whales and dolphins being driven into the shore and slaughtered, leaving the sea blood red.

Over the last few days Sea Shepherd activists have released shocking footage of over 1400 white sided dolphins being herded into the largest fjord on the Faroes, where they were brutally slaughtered with knives in front of hundreds of people including young children. This is the largest killing of dolphins ever recorded in the Faroe Islands and has caused huge anger around the world. Despite claims from the Faroes hunters that all the dolphins killed will be consumed by Islanders, the reality is most of the dolphin carcasses will be dumped at sea.

At present over 2,000 Islanders are licenced to kill whales or dolphins, which involves driving them into the shore, securing a hook and rope in their blow hole to drag them onto the beach and stabbing a steel spinal lance behind their blowhole, which severs both the main blood supply to the brain as well as the spinal cord.

Only adults over 18 can be licenced to participate in the whale and dolphin hunts but children of any age can watch the slaughter and some of the most controversial images being shared around the world show children playing on the top of the carcasses of the slaughtered animals.

Despite the licensing rules, the driving of the whales and dolphins into shore and their killing involves huge suffering well beyond anything that would be acceptable in domestic livestock slaughterhouses around the world.

Ultimately the Grind is just another case of culture being used to justify horrendous cruelty and suffering to wild animals. No one in the Faroe Islands today needs to eat whale or dolphin meat and its consumption poses serious health risks.

Despite the best efforts of the Faroese Government to promote the islands as a destination for bird watchers, tour ships and music festivals, it cannot escape the blood red sea images of the whale and dolphin hunts, which horrify and repulse people around the world.

Denmark which provides significant financial support to the Faroe Islands has for too long turned a blind eye to the whale and dolphin killing and it should now use its political influence to end this barbaric slaughter.

The British Government has also recently agreed a new post Brexit trade deal with the Faroe Islands Government which is worth over £100 million in terms of the export of wild and farmed fish from the islands. If Boris Johnson is serious about Britain having a global leadership role on wildlife protection, he should suspend this trade agreement until the Faroe Islands Government consigns the cruel Grind to the history books where it belongs.

No cod or farmed salmon in our supermarkets is worth the brutal slaughter of thousands of pilot whales and dolphins in the Faroe Islands.

We've launched a petition to suspend trade agreement with The Faroe Islands until all whale and dolphin hunts end.