IS YOUR NEIGHBOUR A DANGEROUS WILD ANIMAL?

Last year, Born Free revealed nearly 5,000 dangerous wild animals are being kept at more than 200 private addresses across Britain – on farms, in rescue centres, with entertainment companies, but also as pets. It’s hard to believe animals such as crocodiles, lions, tigers, venomous snakes and even an elephant are being kept at private premises.

Shockingly, this is legal. Under the Dangerous Wild Animals Act 1976 anyone in Britain can keep a dangerous wild animal if they obtain a licence from their local authority. At least 250 wild cats such as servals and lynx, more than 240 primates including ring tailed lemurs and capuchins, and over 700 venomous snakes are currently kept across Britain. There are death adders in Plymouth, zebras in Scotland, an elephant in Wales and lions and tigers in Staffordshire. The range and scale of this situation is staggering.

Most worrying is that the number of people licenced to keep a wild animal, most likely as a pet, is growing. In addition, the number kept illegally when owners fail to apply for a licence is unknown. What I find particularly shocking is that the law in place to regulate the keeping and sale of these animals in the UK has not been significantly reviewed since its inception in 1976. That’s 42 years ago!

Whatever your view may be on keeping wild animals in captivity, I hope you will agree that this situation needs to be changed. If so, please support Born Free’s petition calling for a review of the Dangerous Wild Animals Act 1976 to make the law stronger and better able to protect these animals and their owners. We don’t have long. The petition closes in early December and we must reach 10,000 signatures to get a response from the Government. 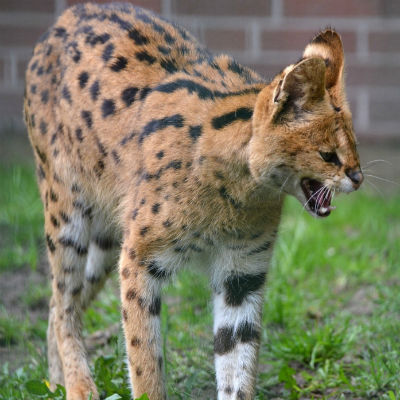