Born Free’s Captivity Campaigns Information Coordinator, Sarah Jefferson, explains why she thinks these remarkable reptiles should swim free and brings us the latest on Genoveffa and Gavino - returned to the wild thanks to YOU.

Today we consider sea turtles and their freshwater turtle and terrapin cousins. These amazing reptiles, both large and small, have evolved to live in various aquatic habitats around the world. But they face many threats in the wild and in captivity. There are over 350 species of turtles, terrapins and tortoises, including seven species of sea turtles (leatherback, loggerhead, hawksbill, green, Olive Ridley, Kemp’s Ridley, and flatback). Meanwhile terrapins and other ‘freshwater turtles’ are found in rivers, ponds, lakes, and swamps.

Many turtle and terrapin species are classified as threatened, endangered, and vulnerable in the wild – largely as the result of human interference, encroachment, and environmental impacts. Many of us have heard about the effects of litter and plastic pollution killing sea turtles, along with danger of entanglement in trawler nets and fishing hook lines, plus boat propeller injuries. Many terrapins are facing loss of habitat and wetlands, and also road mortality. Both marine turtles and freshwater turtles are also affected by global trade – illegal and legal. Individuals are sold for their body parts, as food – turtle meat and eggs are considered a delicacy by some, or live traded.

Many turtles and terrapins are held in captivity around the world, including as exotic pets. In the UK, there are no restrictions on keeping any species of turtle, with the exception of the red-eared terrapin and yellow-bellied terrapin (and any subspecies), following the disastrous effects of owners releasing these non-native animals into the wild when the Ninja turtle craze wore off. Although many are still kept in UK homes, it has been illegal to buy, sell, or breed them since 2016. Yet many other species are currently permitted to be kept and traded by private enthusiasts, even those considered to be highly dangerous, such as the alligator snapping ‘turtle’, capable of biting off fingers.

In Southeast Asia, ‘hatcheries’, previously seen as conservation centres for sea turtles, are now considered to be largely exploitative and commercial facilities. Whilst genuine conservation projects may relocate newly laid turtle eggs to safer, protected parts of the beach, many hatcheries hatch out eggs at their centres, preferring to retain the hatchlings for many days before releasing them into the sea, so that international tourists can see them and hold them. Some turtles are even on display well into adulthood, many used for tourist souvenir photos. 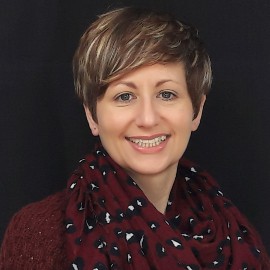 “Please send us your reports via our Raise the Red Flag online platform, along with your photo and video evidence, and find out how you can speak out further to help the animals you have seen. Your actions can genuinely help transform the lives of individual animals like turtles Genoveffa and Gavino."

Thankfully, there aren’t a large number of sea turtles held in zoos and aquariums around the world, and those that are, have mostly arrived there having been injured in the wild or captured many years previously. Kept as they could not be returned to the wild or simply retained for use as an ‘ambassador’ species for visitors to stare at and prod in touch pools.

We recently shared the story of two loggerhead turtles, Genoveffa and Gavino, who were held for many years in terrible conditions at an aquarium in Sardinia, Italy. We received many concerned ‘Red Flag’ tourist reports about their welfare before they were finally seized by the Italian authorities. After years of rehabilitation, they were both satellite-tagged and returned to the wild six months ago. Whilst so far, Genoveffa has preferred to stay close to the coast of Sardinia, Gavino has travelled over 1,553 miles (2,500km) since his release, swimming to the Strait of Gibraltar, alternating between the coasts of Spain and Africa. Visit our turtle tracker page to follow their journey.

As international travel starts to increase, please don’t support the captive exploitation of turtles and terrapins and always be responsible and respectful when visiting beaches and other aquatic habitats. If you do witness captive turtles or terrapins, and other wild animals being held in poor conditions or being exploited, please send us your reports via our Raise the Red Flag online platform, along with your photo and video evidence, and find out how you can speak out further to help the animals you have seen. Your actions can genuinely help transform the lives of individual animals like Genoveffa and Gavino.

With your support, Born Free continues to campaign for policy change, seeking improvements to captive animal welfare and the greater protection of wildlife and biodiversity. We are also lobbying for the laws and restrictions on the private keeping of exotic pets and dangerous wild animals to be reviewed and reformed.